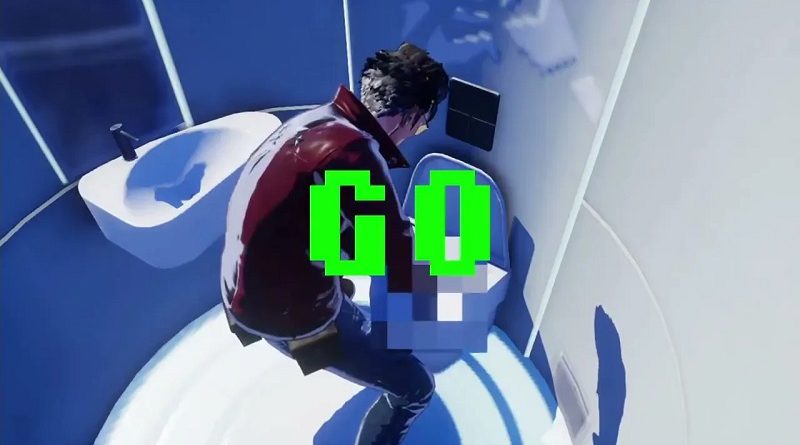 Last month, Marvelous began sharing some videos for No More Heroes 3, showcasing some of the elements and gameplay mechanics of the game. The first one was about the Beam Katana (and the unique way to recharge its batteries), the second one showcased two mechanics of the battle system (Emergency Evade and Weapon Clash), the third one was about Slashes & Death Blows, the fourth one about Death Kick & Death Force, the fifth one about Death Rain & Death Slow, the sixth one about Mustang Mode & Throw Mode, the seventh one about Full Armor Travis, the eigth one about Retry Roulette, the ninth one about DonMai Sushi and Toilet Saves, the tenth one Santa Destroy and Thunder Dome, the eleventh one Perfect World and Call of Battle, and the twelfth one Neo Brazil & Damon Tower.

The latest video showcases two types of missions (and more precisely part-time jobs) you can tackle in order to earn the required money to enter ranked battles: Toilet Rescue and Lawn Mowing.

Toilet Rescue is pretty straightforward: some toilets are in dire need of fixing, and who better to send than a world-renowned, deadly assassin to unclog them? Find the right angle using the L stick, then shake those Joy-Cons to free the toilets from their (literally) sh*tty fate!

As for Lawn Mowing, it works just like in past titles: some gardens are being overrun by weeds, and Travis Touchdown is the only one who can teach them a lesson within the alloted time. Warning: intense lawn mowing action guaranteed! Just make sure not to overheat the lawn mower…