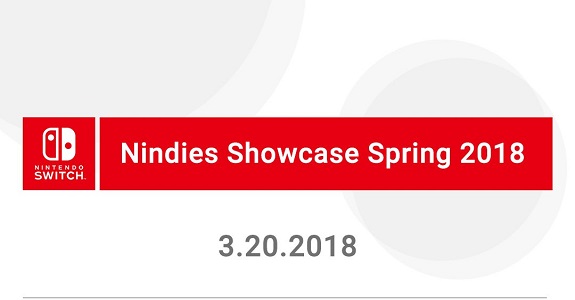 Every week brings its fair share of new Nintendo Switch announcements from indie developers (or Nindies, as Nintendo likes to call them), and next week is most definitely not going to be any different… in fact, it’s going to have even more announcements than usual, due to the Nindies Showcase Spring 2018 presentation!

The presentation will be livestreamed over on YouTube, and at the following time:

During this presentation, several upcoming indie titles will be showcased. We can of course expect updates on previously announced titles (such as Wargroove, for example), but also brand new announcements.

In this post, we will round up all the announcements, with links to relevant posts, so that you will not miss anything. Of course, the Upcoming Games page will also be updated with all the new games and releases dates as soon as we have them!

Here’s all the games showcased during the presentation: