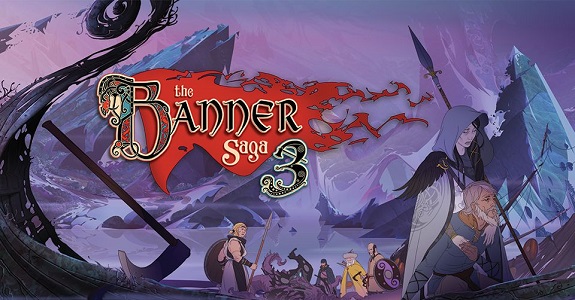 Banner Saga, the highly-acclaimed series of story-driven role-playing games by Stoic (and published by Versus Evil) is headed to the Nintendo Switch. During the Nindie Showcase Spring 2018, the focus was on Banner Saga 3, but the thing is, all three games in the series are coming to the Nintendo eShop, not just the latest one!

For those of you who never heard of the series before, here’s some details about the third game. It allows you to live through an epic Viking Saga, where every single strategic choice you make directly affect your personal journey. There’s a stunning yet harsh landscap to travel across, with allies to make along the way. You have to carefully choose who will help you fight a new threat that jeopardizes an entire civilisation.

Banner Saga 3 is the epic conclusion to the trilogy, and offers many tough battles, difficult choices, and tragic losses. It will be released this Summer. If you’ve never played the first two games, there’s nothing to worry about: they’re also coming to the Nintendo Switch, and “soon”! What’s more, it will be possible to have you personal stories, progress, and choices from the first two games carry over to the third game!

Here’s the list of key features for Banner Saga 3: