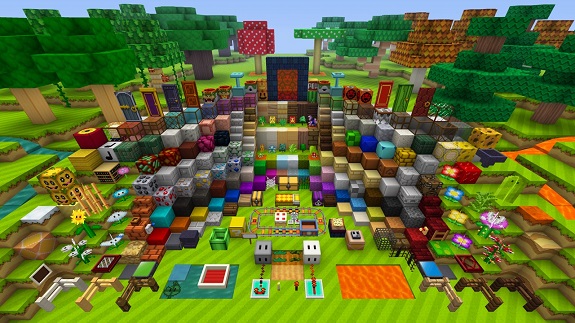 Back when the Wii U version was announced, in December, it was confirmed that Nintendo and Mojang were collaborating in order to bring “new content for Nintendo fans”. That was obviously a teaser for some sort of content based on Nintendo IPs, for Super Mario for example.

And today, Nintendo confirmed the news: the Super Mario Mash-Up Pack is coming out next week to Minecraft: Wii U Edition, on May 17th (North America) / May 18th (Europe, Japan) to be more precise.

The update will include:

Here’s a trailer and screenshots showcasing some of the content from the Super Mario Mash-Up Pack for Minecraft on Wii U:

Also, Nintendo announced that retail version of Minecraft: Wii U Edition (which includes the Super Mario Mash-Up Pack) will launch on June 17th in North America. Unfortunately, we don’t know when Europe and Japan will get this physical version of the game, but there’s no doubt an announcement will come within the next couple of weeks.

In the mean time, here’s the boxart for North America: