Today’s Daily news: over 20 of gameplay for Cris Tales, but also…

Modus Games have shared the latest video for Cris Tales, which offers over 20 minutes of gameplay:

The footage finds protagonist, Crisbell, setting out from the bustling harbor of St. Clarity to solve a mysterious disappearance. By inquiring with neighboring townsfolk and using her incredible power to visit the past, Crisbell discovers a lead which guides her toward a string of exciting battles and a grim realization. See how Crisbell’s time-shifting skill aids her quest for answers and lends an upper hand in combat.

Cris Tales is a captivating tribute to classic RPGs which brings the past, present, and future together on one screen. Players wield the incredible ability to battle across eras and will witness the influence of their actions on the world around them as their choices ripple across time. Cris Tales’ rich, stunningly hand-drawn imagery depicts a varied and fantastical land which is enchanting to explore, making every step of Crisbell’s overarching fight to stop an Empress’ ruthless plans as beautiful as it is compelling.

Cris Tales (Switch – eShop) does not have a release date yet.

Kalypso Media have announced that Port Royale 4 will be released on September 25th in Europe and North America.

Here’s the latest trailer, along with some more details and the list of key features:

Set sail and join the colonial powers of Spain, England, France and the Netherlands in their fight for supremacy of the Caribbean in the 17th century. In Port Royale 4 you will take control of a colony as a young and ambitious governor, eager to learn what it takes to manage and grow their small settlement into a bustling trader city.

Develop production chains connecting multiple islands and create complex trade routes across the Caribbean, covering the ever-growing needs of the respective cities. Make use of the detailed sea map to avoid stormy weather regions, cliffs or shallow waters. Fulfill tasks for your nation’s viceroy, earning more fame to unlock town buildings, ships and more. Conquer the cities of rival nations or hunt down their fleets with a letter of marque while also keeping a keen eye out for pirates and other privateers.

For the first time in the series, naval battles will be turn-based, with up to 8 ships battling at one time and tactical captain maneuvers that can turn the tide in even the most hopeless of situations for a glorious victory.

Port Royale 4 (Switch) comes out on September 25th in Europe and North America. The Upcoming Games page has been updated!

With less than 24h left until release, Lizarcube have shared some details about the various game modes and accessibility options for Streets of Rage 4: 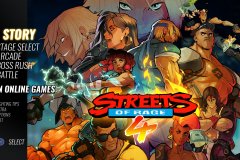 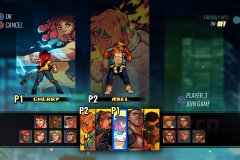 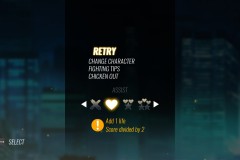 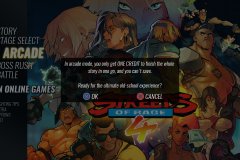 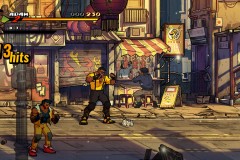 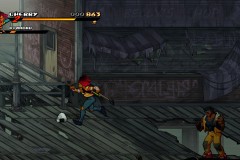 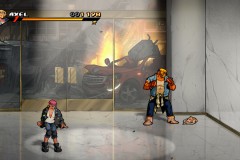