Here’s a scan from the latest issue of CoroCoro magazine (which comes out on July 13th in Japan), showcasing Duraludon using the move from the move naming contest helder earlier this year: 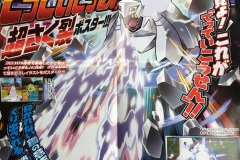 Also, more retailers have been announced for the Tracksuit outfit:

Also, the next one has already been announced:

In Japan, a special event featuring Chansey has been announced as part of the Fukushima and The Chansey Peach Festival. From July 22nd to August 4th, if you take a Snapsho while in Fukushima, Chansey will photobomb your picture, and you will get a chance to capture it… but only once a day!

The Pokémon Company have announced that players who attend the Pokémon World Championships, to be held from August 16th to August 18th in Washington DC, will be able to get a special Aerodactyl for Pokémon Sun, Moon, Ultra Sun, and Ultra Moon.

Here’s details about the Pokémon:

Yesterday, the latest event for Pokémon Duel went live. Here’s all you need to know: 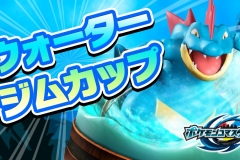