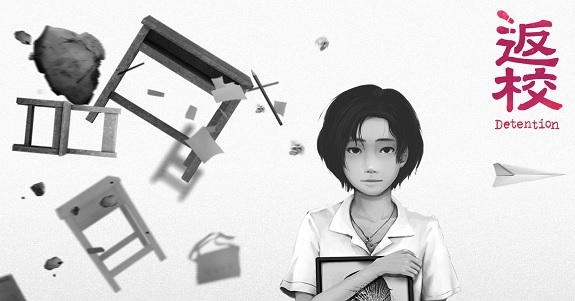 Toki Tori 2+ Nintendo Switch Edition (Switch) comes out on February 23rd in Europe and North America. The Upcoming Games page has been updated!

I Am The Hero

Ratalaika Games have announced their latest Nintendo Switch game: I Am The Hero, a ” pixel art, beat ’em up, fighting game” about a “Hero” with a glorious by mysterious past.

I Am The Hero (Switch – eShop) comes out later this year in Europe and North America. The Upcoming Games page has been updated!

Krafted has shared a new video for Polygod, a “minimalist, rogue-like, randomly generated, first person shooter”, with “brutal difficulty curve, epic boss fights, and arena-shooter style online multiplayer/co-op”. It will be released early this year, and will cost £16.19 / $14.99 / 16.59€.

Polygod (Switch – eShop) will be released in Early 2018, in Europe and North America.

Here’s a trailer and some screenshots for Detention, releasing on March 1st worldwide:

Earlier today, Nicalis shared a video clip of their next Nintendo Switch game: 1001 Spikes EX! No release date yet, unfortunately…

Here’s the latest video clip for The Takeover, showcasing the new dialogue sequences:

We've revamped our dialog sequences with bosses! Depending on which character you select, you'll get different conversations! pic.twitter.com/3FmfcHimdp

Here’s the latest design document for Yoku’s Island Express, this time focusing on the key art:

Here’s a screenshot for Dimension Drive, that showcases the new rank system coming soon via a Software update:

Here’s an off-screen screenshot for YIIK on Nintendo Switch:

Here’s the launch trailer for Xeodrifter on Nintendo Switch: