Here’s the latest TV Commercial for My Hero One’s Justice 2:

Ratalaika Games have announced that they will release Ganbare! Super Strikers in Europe and North America later this month.

A few seconds are on the clock, the opposing team’s goalie is preparing to block, your team only needs one more goal to win the game, how will you score the goal? Build your soccer team in ‘Ganbare! Super Strikers’ to bring your small-town soccer team to the nationals. Implement strategy and different tactics ,as you level up your characters to score goals and push back against many rival teams to become the best soccer team in Japan or even…the world!

Ganbare! Super Strikers is an innovative mix between Tactical RPG and Soccer. Win matches to level up and earn new equipment that will allow you to learn special abilities, boost your players’ stats or protect yourself against altered status effects. Create your own Soccer team to take on the many rival teams in story mode! Can you join the National Japanese Soccer team to become the best soccer player in the world!? 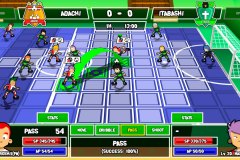 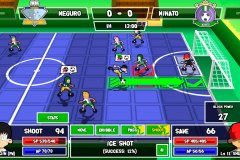 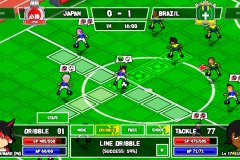 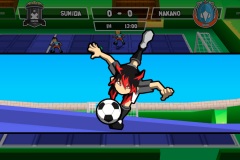 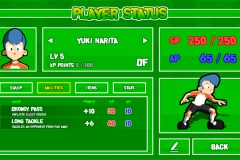 Ganbare! Super Strikers (Switch – eShop) comes out in February in Europe and North America. The Upcoming Games page has been updated!

Here’s the latest set of videos for Touhou Spell Bubble:

BoomBit Games have announced that they are bringing Bridge Builder Adventure to the Nintendo Switch on February 7th. The Nintendo Switch will include all content and features from the getgo (unlocked through gameplay), along with additional and improved content:

Bridge Builder Adventure takes the basic mechanics of BoomBit’s other highly successful and innovative title – Build a Bridge – to twist, turn, and improve them. The result is a puzzle game that combines seemingly unfitting elements – construction, fantasy, and adventure – into something truly unique.

Bridge Builder Adventure (Switch – eShop) comes out on February 7th in Europe and North America. The Upcoming Games page has been updated!

1971 Project Helios is a turn-based strategy game which combines modern warfare military tactics and close combat. Firearms and vehicles are scarce, conflicts and hostilities have no end, and the terrible freezing cold annihilates friends and foes in its path. Eight characters have to join forces for a common cause: find an important scientist kidnapped by a massive stratocracy. Along their way they will have to avoid raider attacks, investigate military headquarters, and infiltrate into the territory of a dangerous anti-technological religious sect. 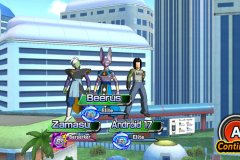