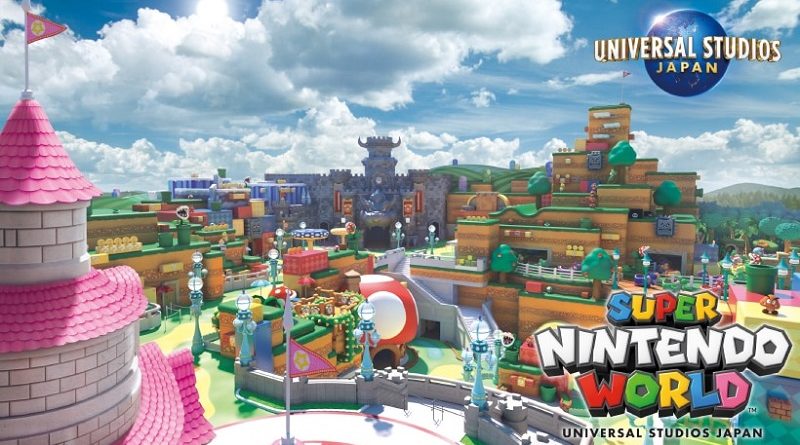 Nintendo have announced that the latest DLC character for Super Smash Bros. Ultimate, Sephiroth from Final Fantasy VII, will be released on December 22nd (North America) / December 23rd (Europe, Japan). However, if you download the latest Software update (Ver. 10.0.0), you can try to tackle the Sephiroth Challenge to unlock the character itself and his dedicated stage early (note that you still need to purchase the DLC!).

Here’s the recording of the presentation by Masahiro Sakurai (+ the preview video for the latest set of additional Mii Costumes, releasing on December 22nd/23rd):

Nintendo have announced the very last Nintendo Direct presentation of the year. It will be entirely dedicated not to a game or console, but the Super Nintendo World area at United Studios Japan! The presentation will last about 15 minutes.

It will take place in just a few hours:

Here’s the latest trailer for Harvest Moon: One World, along with some more details and the list of key features:

Take a trip around the world in the latest entry in the long-running Harvest Moon series! You’ll ride camels across the deserts of Pastilla, venture deep into the snowy mountains of Salmiakki, and even visit a volcano near the cozy mountain town of Lebkuchen!

Can you imagine a world without cabbage, tomatoes, or even carrots? Believe it or not, that’s the world you’ll find yourself in at the beginning of Harvest Moon: One World, as the Harvest Goddess, the queen of crops herself, has vanished…

However, before the Harvest Goddess disappeared from this world, she imbued the tiny Harvest Wisps with the knowledge of various seeds, thus ensuring the various fruits and vegetables of the world would not be lost. Using the power given to these Harvest Wisps, you’ll unlock various seeds as you progress through the game! But the Harvest Wisps can be tricky to find, as they all appear at different times and places. You’ll need to use your noggin to make sure you seek out as many of them as you can!

Harvest Moon: One World (Switch) comes out on March 2nd in North America, and March 5th in Europe.

Lion Castle have announced their latest game for the Nintendo Switch: Taxi Chaos, developed by Team6 Game Studios. It will be released on February 23rd worldwide, at retail and on the Nintendo eShop.

Taxi Chaos is a fresh and modern take on classic taxi games where drivers can earn big fares by successfully picking up and dropping off customers at the destination of their choice. Rush around town to pick up the craziest of customers and deliver them on time as fast as you can.

Players can get behind the wheel of a wide range of unlockable rides, each with its own different attributes. Power through midtown in the strong muscle car, race through the West Side Highway in the superfast exotic supercar and drift around Wall Street in the Japanese tuner. Additional vehicles will become available as players progress through the game.

Would-be cabbies will be able to explore a colorful and vast city with many New York-inspired locations, discover shortcuts, drift through corners, take impossible jumps, and aggressively bash their way through traffic, all while getting paid to do it! Passengers won’t mind if you trade paint with other cars since they’re a little crazy themselves. Players can look forward to giving a ride to hipsters, plumbers, rock stars, and even aliens without worrying about getting a poor rating in a ride-sharing app.

Here’s the latest set of details and the list of key features for Wonder Boy – Asha in Monster World:

The game is a fully remastered version of the famous Wonder Boy IV from 1994 with the development being led by the creator of the Wonder Boy series, Ryuichi Nishizawa. Nishizawa-san is supported by members of the original development team. Shinichi Sakamoto (sound), Maki Ōzora (character design) and Takanori Kurihara (creative management) are creating the next entry of the beloved series.

Asha is chosen to leave her village in order to rescue missing spirits and to save the world. Luckily, she has her blue flying friend Pepelogoo to help her on her adventures.

Wonder Boy – Asha in Monster World (Switch – eShop) does not have a release date yet.

Pokémon The Movie: Secrets of the Jungle

Here’s the latest set of commercials for Pokémon The Movie: Secrets of the Jungle:

Pokémon The Movie: Secrets of the Jungle opens on December 25th in Japan, and in 2021 worldwide.