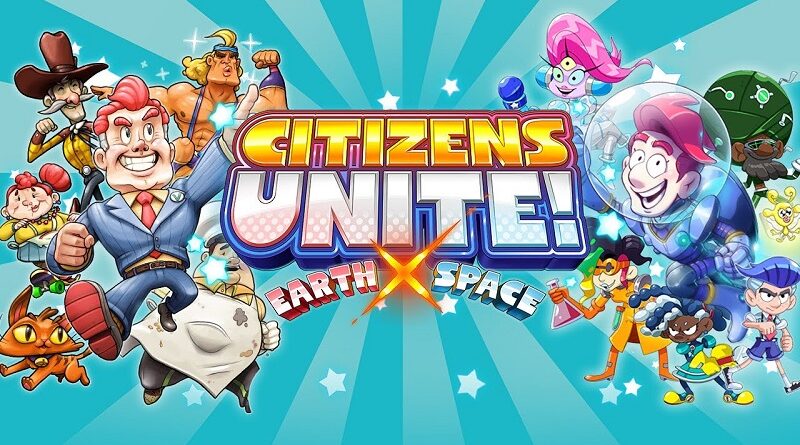 JoyBits have announced their latest game for the Nintendo Switch: Ghostanoid, a brick breaker developed by Qplaze. It will be released on January 21st in Europe and North America, with digital pre-orders set to go live on December 24th (with a 30% off discount).

Ghostanoid is a fun game where you play the role of a newly recruited ghost-buster with the task of cleaning houses from tiny, evil and quick-witted ghosts! The problem is, these annoying creatures have become fond of their location and must be forced to vacate; they will toss objects at you, interfere with your job duties, and become an overall annoyance! To help you solve your job you are given a new super-durable platform with an advanced kinetic ball-system of demolition. But watch out for the Shaman Ghost – a pure demon of terror that can freeze you with fright!

Ghostanoid is a content rich game full of great surprises! You have 3 diverse and difficult worlds to complete with a total of 78 fun-filled levels, and 3 additional secret levels to discover on your own. The game includes more than 13 different abilities for your bat and ball, and part of the fun is learning to master each option to your advantage. You must use all of your strength, skill, attentiveness and speed of reaction to evict the ghastly ghosts from the premises! Are you skilled enough to get the job done successfully?

Ghostanoid (Switch – eShop) comes out on January 21st in Europe and North America.

We already knew that Say No! More has been delayed to 2021, but Thunderful have now specified that it’s set for a Spring 2021 release.

In a world where the word “no” has been all but forgotten, the population is focused on people-pleasing, the daily grind and making it through the week with an unwavering artificial smile. On your first day as an intern in the corporate world, work continues to pile up and to top it all off your superior decides to take your lunch box. Sat dejected at your desk, you happen upon a portable cassette player with a cassette inside simply titled “No!”. Upon listening to this mystical discovery you meet the flamboyant self-help coach who goes by the name of… Coach.  Coach grants you the lost power of saying “No!” and sends you on a spree of No!-saying, thus changing the world. What will you do with this incredible new power? Well, you won’t be making any more coffees, that’s for sure! Expect the unexpected in this bonkers story about the power of “No!” and its ability to bring people together.

Say No! More is the first ever No!-them up, a brand new genre only possible from the minds of Studio Fizbin. Say No! More features intuitive controls for its on-rails No!-shouting gameplay in four emotional states and a tongue-in-cheek story. Touching on timeless and modern issues such as social etiquette, friendship and workplace standards, this zany and hilarious adventure also has tender depth. It’s all wrapped up in a nostalgic late 90s 3D video game aesthetic, complete with chunky, colourful visuals, simple yet expressive animations and jazzy music that you’ll struggle to say “No!” to.

Say No! More (Switch – eShop) comes out in Spring 2021 in Europe and North America.

Kemco have shared the latest trailer for Citizens Unite!: Earth x Space, along with some more details:

Citizens Unite!: Earth x Space includes “Citizens of Earth”, where the rookie Vice President and fellow Citizens investigate the strange mysteries cropping up all over Earth, and “Citizens of Space” where the Earth’s new Ambassador embarks on a journey to find the missing Earth with the help of Citizens across the galaxy. New, additional content has been added that has you time-travel back and forth between games to solve the ultimate mystery in this fun and impressive RPG!

In Europe and North America, the game will cost 29.99€ / $29.99, and will be playable in the following languages: English, French, Italian, Spanish, German, and Japanese. The official website can be found by clicking here!

Cowcat Games have announced that they are bringing a couple of games to Japan in the next few weeks: