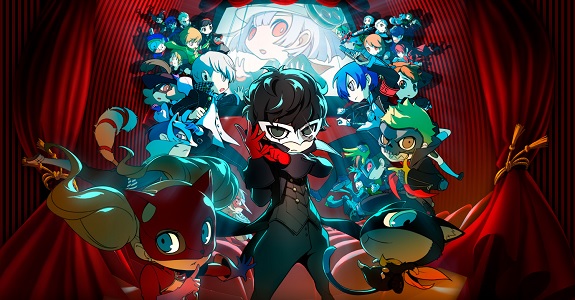 Yesterday, eastasiasoft announced another game for the Nintendo Switch: Reverie: Sweet As Edition. The game will be released in Japan / Asia in Q1 2019, and will get a (limited) physical release via Play-Asia (available for pre-order from November 22nd). It includes the following:

Reverie: Sweet As Edition (Switch) comes out in Q1 2019 in Japan. The Upcoming Games page has been updated!

Here’s the second preview for the Drama CD that comes with first-print copies of Robotics;Notes DaSH:

Robotics;Notes DaSH (Switch) comes out on January 31st in Japan.

Today, First 4 Figures announced that the Phoenix Wright statue (based on his Phoenix Wright: Ace Attorney – Dual Destinies design) will be available for pre-order from November 23rd. Here’s a teaser video for the figure:

Want to learn more about the development of Space Harrier, one of SEGA’s most iconic and beloved game? Then you’re in luck: the latest translation from shmuplations is actually a collection of interview with the developers. Click here to read it!

And a reminder about some of the features of the game:

Hockey season is in full swing, and Remi's about to be whistled for both slashing AND spearing! #RemiLore https://t.co/tjiBO6o0v8 pic.twitter.com/W35IXNuQQq

Sid Meier’s Civilization 6 (Switch) comes out on December 6th at retail in Japan.