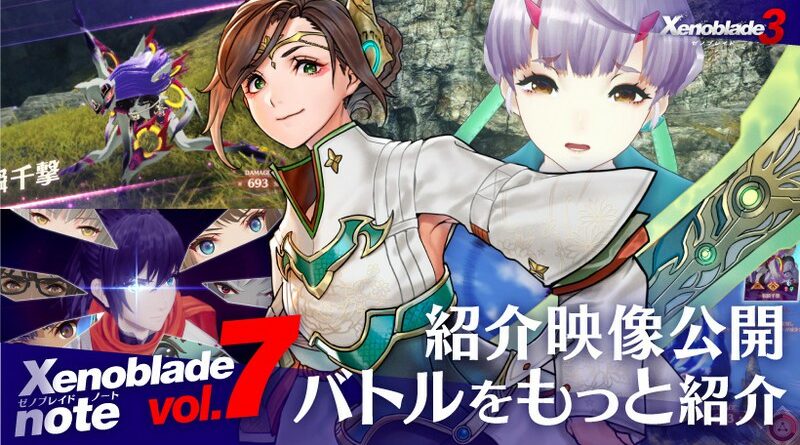 Again, nothing really new this time, but at least, the footage is now in top quality (1080p/60fps)!

And before we go over the contents of the blog post, here’s the Japanese overview trailer shared earlier today:

Noah, Mio, and the others can undergo a strange phenomenon that allows them to fuse, called Interlink. Each pair of protagonists can transform into an overwhelming powerful form: Ouroboros. 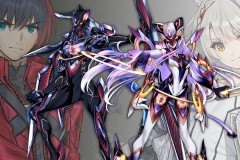 As an Ouroboros, you can launch powerful Talent Arts. But before you can do so, you first need to fill up the Talent Art Gauge, which is done by using regular Ouroboros Arts, but also by cancelling attacks.

As mentioned previously, you can trigger Interlink at any time during battle. While it’s active, you can use powerful Ouroboros Arts as many times as you want, but you need to be careful: the Heat Gauge fills up over time. Once it’s full, you will overheat, which will put an end to Interlink and force you to wait through a cooldown period. Make sure to use one of the powerful Ouroboros Talent Arts before that happens!

Deciding when to Interlink

Since you can trigger Interlink at any time during battle, that means that, on paper, you can turn into an Ouroboros right at the start of battle. But there’s a catch: Interlink has three levels, and by using Fusion Arts in battle, you can raise that level from 1 to 3. Naturally, the higher the level, the more powerful your moves become. Therefore, it’s pretty important to think about WHEN to trigger Interlink: do you turn into an Ouroboros right away, or wait until you’ve powered up by increasing the Interlink Level? 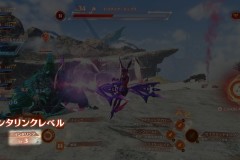 But while Ourobors are great when it comes to offense, they can also be used defensively. For example, if your party is running low on health and you’re starting to feel the heat, you can turn into an Ouroboros to turn the tables!

Ouroboros are extremely powerful from the start, but you can further improve their abilities thanks to a feature called Soul Tree. Throughout the game, you can gain points by performing various actions in battle, and taking part in certain activities: those are called Soul Points. You can then use those SP on the Soul Tree to enhance the abilities of each Ouroboros. For example, you can boost up their attack power, extend the duration of the Interlink (allowing you stay in Ouroboros form longer), or make it possible to cancel its Arts (extremely handy if you want to use lots of Talent Arts as an Ouroboros!). 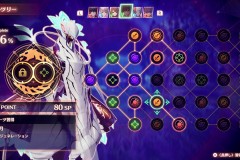 Chain Attacks are special attacks you can unleash in coordination with your llies. By chaining combos, performing actions that correspond to your Battle Role, and by cancelling attacks, you fill up the Chain Attack gauge. 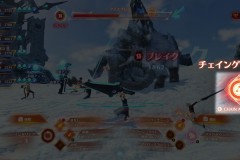 Once you’ve triggered a Chain Attack, you need to select the characters that will take part in the attack. Here’s how it goes:

You then keep repeating steps 2 and 3 until the Chain Attack is over. 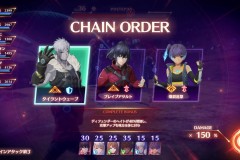 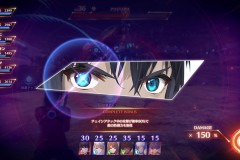 A key element of Chain Attacks: Tactical Points (or TP for short). When you select a character during a Chain Attack, their TP is added to the total (top right corner of the screen), and if that total reaches/exceeds 100% (100 TP), then the Order will be completed and you will be able to use powerful Chain Arts. Not all Orders are equal: each one has its own rating, and naturally, the higher the percentage, the more effective it will be.

And in case you’re wondering: yes, Ouroboros can take part in Chain Attacks too. Sometimes, an Order including an Ouroboros will appear when you trigger a Chain Attack: if you select it and complete it, you will be able to use moves even more powerful than those offered by the other Orders. 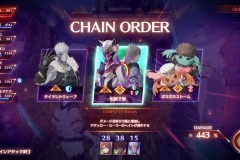 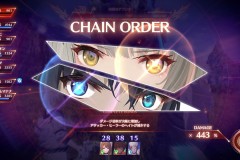 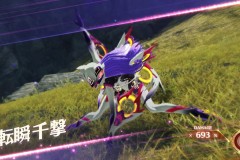 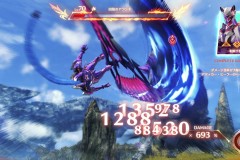 System – Combos give you the upper hand in battle

By coordinating attacks with your allies and connecting the right Arts, you can unleash Combos. There are two types of Combo chains.

Break (destroy enemy defenses) > Topple (the enemy is knocked to the ground) > Daze (the enemy is stunned) > Burst, where the enemy is hit by a powerful blow. It can be followed up by other moves in quick succession if you manage to connect with a Burst. Doing so will not only calm enraged enemies, it will also make them drop items!

In Xenoblade Chronicles 3, powerful enemies such as Unique Monsters have a “Rage Line” on their HP gauge. If their HP goes below the flame symbol, they become enraged. If that happens, you need to be extra careful, because enraged monsters boast increased attack power, and they can launch even more powerful attacks. When they become enraged, use Burst Combos to calm them or use Chain Attacks to finish them off quickly. 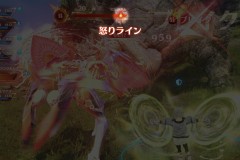 You can instruct the other party members to focus on one type of combo chain over the other via the Tactics menu. That way, if you want to focus on dealing lots of damage with a Smash combo, or if instead, you prefer the extra effects offered by Burst combos, your allies will choose the appropriate Arts with the right timing. 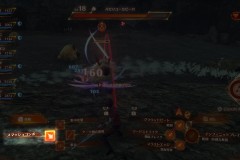 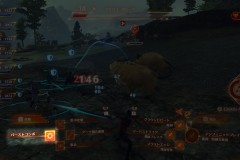 In battle, you can give orders to characters you’re not controlling using Tactics.

Party members will focus their attacks on the enemy targeted by the character you’re controlling. In the top right corner of the screen, a number indicates the number of enemies you’re up against. As mentioned previously, if you ever find yourself fighting several monsters at once, it’s recommended you take them out one by one!

Party members will focus on Fusion Arts. This is pretty handy when you want to raise the Interlink level. The more you wait so as to be able to use Fusion Arts, the less opportunities you will have to use Arts. Finding the right balance can be quite tricky! 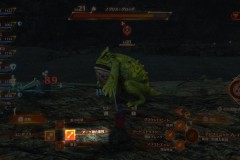 Fusion Arts allow you to fuse Arts from a Keveth class with those of an Agnus class (and vice versa). For example, Noah’s class, Swordfighter, is from Keves, which means you can fuse its Arts with the Master Arts from any Agnus class. Unfortunately, you cannot fuse the Arts of classes from the same country. 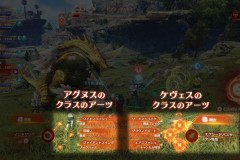 Heroes are special characters that join your party to give you a hand during your adventure. But before they join you, you need to befriend them: this is done by completing special quests known as Hero Quests, which allow you to deepen your bond with them. 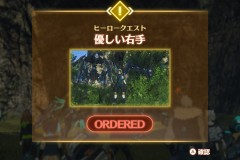 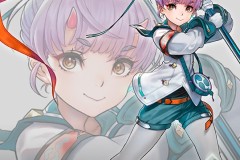 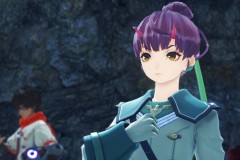 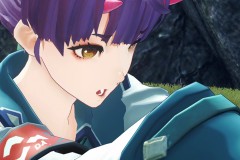 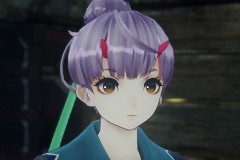 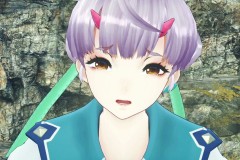 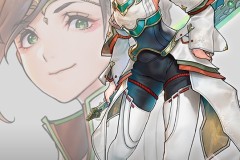 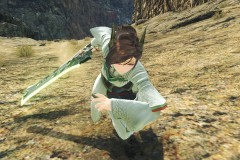 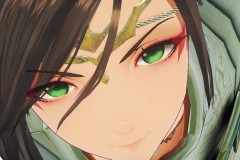 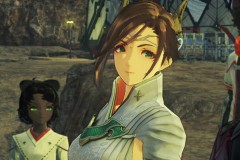 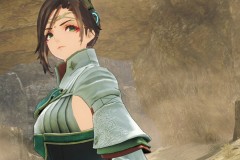 This 7th Xenoblade Note blog post for Xenoblade Chronicles 3 introduces another music track. It’s called “You Will Know Our Names ~ Finale”, another battle theme. This one plays when you’re up against Unique monsters, which are rarer but powerful monsters (with two names) that you will occasionally encounter while exploring the world. When you’re fighting a Unique monster, listen to the music: it will give you the courage to face even the strongest of enemies!