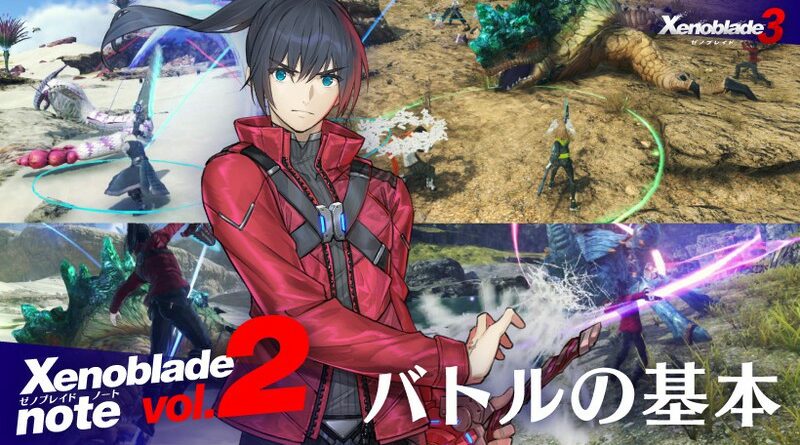 Nintendo have shared the second Xenoblade Note blog post on their Topics website, sharing some more details (and footage!) for Xenoblade Chronicles 3. This time, the focus is on the battle system!

Most of that footage was previously shared via Twitter, but it’s now available in proper quality (1080p / 60fps)!

The weapons soldiers of Keves and Agnus use in battle are called Blades, and they can materialise them at will. Those weapons can take various forms depending on their personal characteristics: swords, guns, shields, hammers, and more. For example, Noah’s blade is a large, bright red sword and Mia’s is a set of twin rings.

Aionios is home to a large number of monsters, ranging from small fry you can defeat rather easily to full-fledged behemoths that will completely destroy you if you try to take them on early in the game. Just like in past Xenoblade Chronicles games, it’s up to you to decide whether to battle them or not.

To start the battle, simple take our your Blade! But you need to be careful: some enemies may be far too strong for you, and if that’s the case, it’s highly recommended you flee right away. Knowing which enemies you can take on and when to flee is key to survival! If an enemy’s level is only slightly higher than your own, you definitely can beat them if you know what you’re doing.

Broadly speaking, there are 3 distinct battle roles, and naturally, each one has its own strengths and weaknesses. You need to keep those in mind in order to gain the upper hand in battle.

The three roles are:

In battle, when an enemy is targeting a character, a line called “Target Line” shows up on the screen. That line can be of two colours:

Next, some more details about Healers, and more precisely their recovery Arts and their ability to help allies that have run out of HP.

Eunie can use an Art called Healing Circle, which summons a circle that heals all allies that stand within it. As long as they stay within that circle, a character’s HP will recover gradually, so if one of your Attackers is taking a beating, make sure to have them move inside that circle. 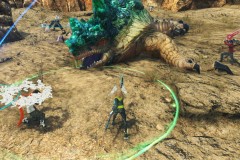 Also, if an ally runs out of HP, a Healer can revive them. To do so, simply move the Healer close to the character lying on the ground, and press + hold the A button. However, unlike in past Xenoblade Chronicles games, only Healers can perform that action in Xenoblade Chronicles 3. In other words, if you really want your team to stay alive, make sure your Healers get the protection they need and aren’t the first to fall in battle!

Attackers can deal lots of damage to enemies by attacking from their flanks or their back. But if an Attacker is being targeted by an enemy, they might get in trouble, so you need to have a Defender step in to protect them as soon as possible, while a Healer helps them get back some HP if needed.

In order to gain the upper hand in battle, you really need to keep in mind the strengths and weakness of each battle role, and reposition your characters accordingly depending on the flow of battle. And don’t forget to keep an eye on the HP of your characters!

Xenoblade Chronicles 3 introduces a new element called Quick Move, which is really useful for Attackers trying to target a specific part of an enemy. Quick Move allows you to temporarily retract your blade in order to quickly jump to the side.

Finally, we learn that players can switch between each of the 6 main characters (Noah, Mio, Lanz, Sena, Taion, and Eunie) at any time while exploring the world… but also during battles! This is pretty handy when it comes to putting your strategies in motion, or helping an ally in trouble. Naturally, the characters you’re not controlling will attack automatically, as in past Xenoblade Chronicles games.