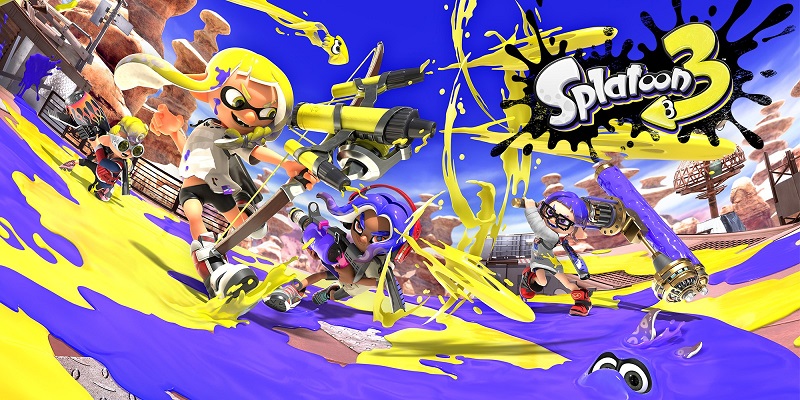 On this page, you will find all there is to know about the various Software updates for Splatoon 3 on Nintendo Switch (originally released on September 9th 2022 in Europe, North America, and Japan)!

Because this update patch focuses on additional fixes to connection-related issues and fixes to some control and battle-related issues, we have prioritized its release.

We identified an issue where communications with the server are interrupted during a battle or job shift due to settings on the player’s network equipment and their internet provider.

We have implemented measures to reduce communication interruptions and reduce subsequent errors after a battle or job shift even if an interruption does occur.

Additionally, we have implemented provisional fixes regarding some problems that affect the feeling and feedback of controls while playing.

In the case of the issue with clipping through terrain when using a Tacticooler, we decided that it was more important to quickly release a solution that mitigates the issue rather than hold out for a “perfect fix.”

Furthermore, if players are found to be harassing other players or otherwise violating Nintendo’s Community Guidelines by intentionally exploiting game bugs, we are actively taking measures including suspension of online play.

The next patch will focus primarily on balance adjustments and other issues that were outside the scope of the current patch.

We continue to observe and analyze battle data and are planning to make further adjustments around the midpoint of the current season.

Because this update patch focuses on Splatfest-related changes and addresses bugs that can have significant effect on game progress, we have prioritized its release.

Please note that the changes to Tricolor Battle frequency should be considered temporary. For now, there will be somewhat more instances of players selecting Tricolor Battle but being placed in a Turf War battle instead. Going forward, Splatfest-matchmaking specifications will continue to be adjusted, and this issue will be rectified. We are planning to implement these adjustments with the new season beginning in December.

The next patch will focus primarily on balance adjustments and other issues that were outside the scope of the current patch.

We continue to observe and analyze battle data and are planning to make adjustments at the midpoint of the current season.

How to download updates for Splatoon 3 for the Nintendo Switch?

To download the updates for Splatoon 3, you have three options: