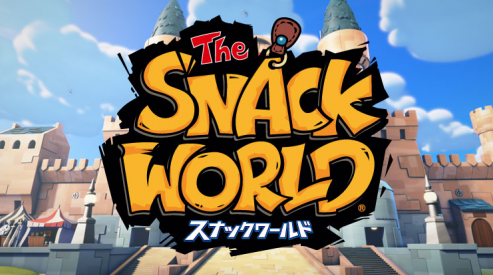 The Snack World is Level-5 latest cross-media IP, which is getting:

You can find out plenty of details in our previous reports: click here to check them out!

In a recent interview, Akihiro Hino (CEO of Level-5) made it clear that The Snack World would be the focus of the Level-5 Vision 2016 conference, next month. But during today’s livestream, he did show a brand new trailer for the project (most definitely the 3D CG anime series, by OLM Digital).

Another video was shown during the livestream: it features various 3D models for characters, equipment/toys (weapons, shields, etc.), and areas… maybe not the most exciting of videos, unfortunately!

During the livestream, Akihiro Hino also showcased concept-art for some new characters (including a mysterious robot), but also some more equipment and weapons. Here’s some screencaps:

Officially, The Snack World is coming out on Nintendo 3DS (+ Mobile), but we will have more details about the release next month. Given Akihiro Hino said in a previous interview that 2017 would be the year of many new beginning, it definitely sounds like The Snack World is a 2017 title (in which case a Nintendo 3DS release doesn’t seem very likely).