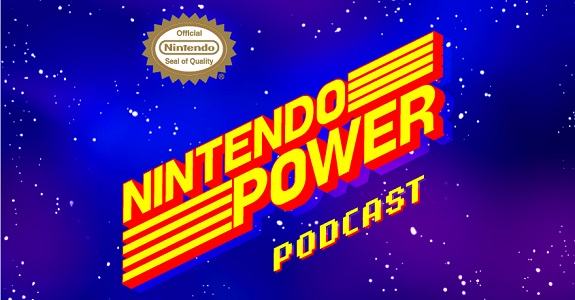 Back in August 2012, Nintendo made an announcement that made quite the impact on long-time fans of the company: its licencing agreement with Future Publishing, and the famous Nintendo Power magazine was to end in December of that year. This brought an end to the publication of one of the longest-running video game magazines in the US: 24 years, and 285 issues. But Nintendo Power is back, as the Nintendo Power Podcast!

Despite discontinuing the magazine, Nintendo never really let go of the Nintendo Power brand, and used it for posters and other promotional material on social networks. And last month, Nintendo finally used for something more substantial… an official Nintendo podcast!

The host is none other than Chris Slate, who used to be Chief Editor of the magazine, with Kit Ellis (from Nintendo Minute) and Damon Baker (Head of Publisher and Developer Relations at Nintendo of America).

Host Chris Slate is joined by Samantha Robertson and Todd Buechele from Nintendo Treehouse to discuss all the big and little enhancements made to the Donkey Kong Country: Tropical Freeze game for the Nintendo Switch system. And to celebrate Donkey Kong’s debut on Nintendo Switch, all the usual episode segments – Pro’s Picks, the Warp Zone game quiz and Player’s Pulse listener questions – are devoted to Nintendo’s number-one ape.