Today’s Nintendo news: some tidbits for Splatoon 2, but also…

The Squid Research Lab have announced that from August 1st onwards, the reward Gear in Salmon Run will change with every shift. No new Gear will be added, and all 25 types of reward Gear will cycle through in the same order. If you don’t have a specific reward, this is a good opportunity for you to get it! 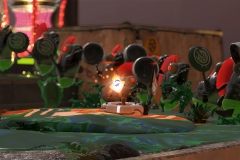 Speaking of Splatoon 2, here’s a promo video for the Splatoon 2 Live in Makuhari – Off the Hook Live album / Blu-Ray, whih was released last week in Japan:

Today, the Ver. 4.0.0 update and the second set of DLC for Super Smash Bros. Ultimate were released. There was also a little surprise: a special set of DLC for Nintendo Switch Online subscribers. It’s free, and it includes the following goodies: 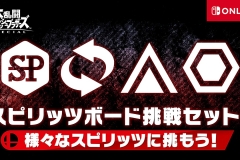 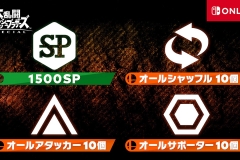 By the way, it looks like this is just the first one, with more similar sets on the way.

Today, Nintendo “revealed” a new hidden power-up introduced in Super Mario Maker 2: the Super Hammers, which transforms your character into Builder Mario / Luigi / Toad : Toadette. With this transformation, you can use a hammer to break blocks, but also defeat enemies. You can even place blocks to reach high places! However, there’s a catch: it can only be used in the Super Mario 3D World style.

Just like the other “hidden” power-up, you can unlock it by playing through the Story Mode. If you haven’t unlocked it yet and want to try it out right now, you can check out the following official course: XYK-9FY-CGG.

Finally, Nintendo have announced that players have uploaded over 4 million levels in barely a month!

Earlier this month, Nintendo announced that a “new” model of Nintendo Switch will be released in late August around the world. It features improved internals, which allow the battery to last much longer than the original model. In Hong Kong specifically, this new model will be available pretty soon… from August 1st, which is earlier than in other regions.