This week, a special demo for Mario Tennis Aces went live. It can be downloaded directly from the Nintendo eShop, or from the official Nintendo website. Just like the one for Splatoon 2 a few weeks ago, it’s only playable during a limited number of days:

The demo offers several game modes, and even some bonuses to transfer to the full version of the game such as:

And just like the special demo for Splatoon 2, this one also nets you a seven-day free trial for Nintendo Switch Online (if you’re not already subcribed), that can be used for pretty much anything (not just playing the demo!). You get an email with a Serial Code to enter in the Nintendo eShop to activate the trial, which means you don’t have to use it right away if you don’t want to.

Unfortunately, it does not look like the Nintendo Switch Online trial is available in North America, only in Europe…

Here’s Episode 2 and 3 (last one) of the second sub-series of the Yoiko webshow dedicated to indie games on Nintendo Switch:

Those two episodes showcase Keep Talking And Nobody Explodes, Pikuniku, and Undertale!

Here’s a better look at the cover and some preview pages of the Fire Emblem Fates artbook released earlier this week in Japan: 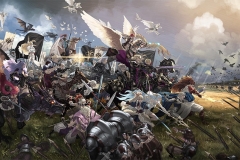 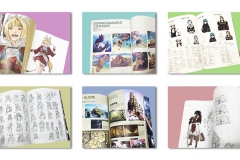