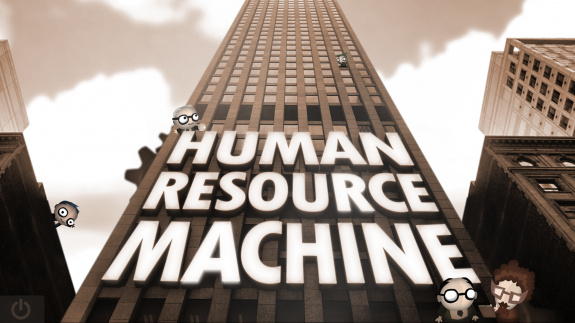 Tomorrow Corporation is probably a name you’re not very familiar with, though it’s quite likely you’ve played at least one of their games: World of Goo (that they released as 2D Boy ). Yesterday, they made a rather unexpected announcement: they’re bringing all their games to the Nintendo Switch. Even better: they will all be available at launch (in Europe and North America)!

The three games Tomorrow Corporation is bringing to the Nintendo Switch are:

Unfortunately, it doesn’t look like any of these games will have exclusive gameplay features on the Nintendo Switch. That being said, they will come bundled with their full original soundtracks, that players will be able to listen to in the Soundtrack Mode.

The Upcoming Releases page, the list of confirmed games for the Nintendo Switch, and the Launch Day post have all been updated!

Looking forward to the release of forma.8 on Wii U? The good news is, there’s not that much more time to wait: Mixed Bag Games confirmed today that it would indeed be released in February, as announced previously. The game has passed lotcheck at Nintendo of Europe and America, so it’s only a matter of day until we get a release date.

And as mentioned previously, the New Nintendo 3DS version will be released at a later date. And if you’re wondering whether there will be a Nintendo Switch, Mixed Bag Games admitted that it’s something they would like to do, but couldn’t make any announcement for now. At the very least, they confirmed that they do plan on supporting the platform with their own games in the future!

A few months ago, PlayEveryWare revealed that they were working on a Nintendo 3DS port of Elliot Quest (previously released on Wii U). And yesterday, they shared a short video clip and some details about this version.

It looks like the developers didn’t do a half-hearted job: they basically rebuilt the game from the ground-up, adding new features such as stereoscopic 3D, Miiverse, and even stamps.

Unfortunately, we don’t know when this Nintendo 3DS version of Elliot Quest will be released…

Here’s some more screenshots for both the Wii U and the Nintendo 3DS versions of Plantera:

Plantera (Wii U, 3DS – eShop) comes out on February 1st in Japan. The European and North American release date will be announced soon.