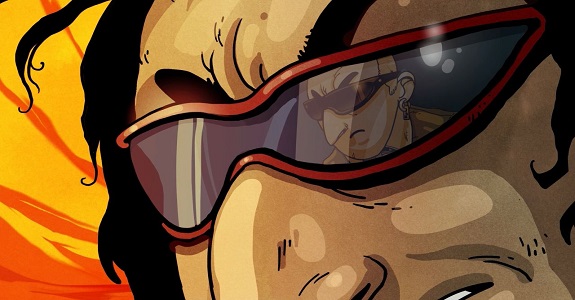 Last week, Forever Entertainment announced quite a few games for the Nintendo Switch, including Violett and Prodigy. But there’s still a few more we haven’t talked about, such as Frederic: Ressurection of Music and Hollow!

Frederic: Ressurection of Music is a game that did see a release on Wii U back in 2014, but is back on Nintendo Switch for an extra round. Described as a “one-of-a-kind adventure through musical genre“, it has you play as the one and only Frederick Chopin, who was brought back from the afterlife in order for him to take part in a treacherous plan.

Due to soulless music labels and mass-produced popstars, the world of music is in jeopardy, due to the lack of creativity. Frederick Chopin, as one of the most famous music composer of all times, is seemingly the only one who can save that world.

Throughout your journey to save the music world, you will have to battle opponents in musical duels, and play though 12 arrangements of his greatest compositions (each one in a different musical genre). The game also offers an hour of “hand-drawn animated comic”, and more.

On Nintendo Switch, Frederic: Ressurection of Music will offer touch controls, but also “something special” that Forever Entertainment will reveal at a later date.

Finally, here’s a trailer and some screenshots for the game (not from the Nintendo Switch version, but they should give you an idea of the kind of game Frederic: Ressurection of Music is!):

Frederic: Ressurection of Music (Swtich – eShop) comes out this Fall in Europe and North America. The Upcoming Games page has been updated!