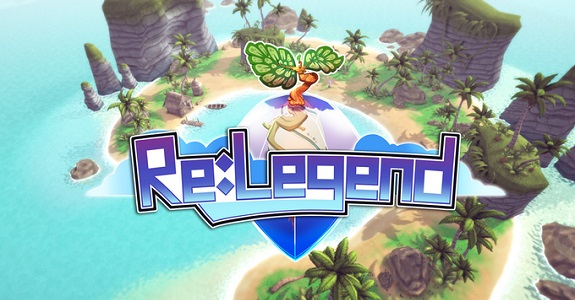 The latest indie game to be confirmed for the Nintendo Switch actually comes from Kickstarter, where a pretty successful crowdfunding campaign is on-going. That game is Re:Legend, described as a monster raising focused RPG with features such as farming, fishing, crafting, village building, multiplayer, and more.

While the Nintendo Switch wasn’t part of the base Kickstarter campaign, it did have a stretchgoal at $250 000. As of writing, more than $328 000 have been pledged, with 10 days left… In other words: the Nintendo Switch is 100% confirmed, and it could get even more features thanks to more stretchgoals. The next one is a new bachelor / bachelorette, at $330 000.

Here’s what Re:Legend is all about:

Washed ashore on Vokka Island without memories, you start a new life and find ways to recover your lost memories. However, you must first learn how to live on the island by cultivating the land, befriending villagers, expanding the village and raising your very own magical creatures known as Magnus.

Venture around the land of Ethia where Vokka island resides to reclaim your memories, but this is no easy task as the world is filled with dangerous Magnus and threatening challenges.

On the Kickstarter page, the developers explain that Re:Legend is inspired by games such as Rune Factory, Digimon World, Fantasy Life, and the Monster Rancher series.

The game is centered around Magnus, mythical creatures that roam the land of Ethia. What’s so special about those creatures? Well, for starters, they’re all tamable. Yup, every single one of them! Also, those creatures will help you throughout the game: in battle, when farming, when fishing, when traveling, and more.

And what would be a monster raising game be without evolution? Yes, the Magnus can evolve! And once they have grown enough, and you’ve earned their trust, you will be able to mount them and use their abilities whenever you want.

If you like to play with friends, you’re in luck: the game offers plenty of activities that can be experienced with friends, such as farming (split the workload) for example. In fact, most of the features in the game are built around multiplayer!

You can find a ton more details about Re:Legend over on the Kickstarter page!

Re:Legend (Switch – eShop) does not have a release date yet, but it’s already been added to the Upcoming Games page!