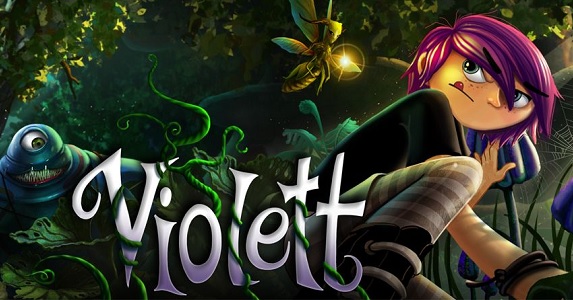 But what kind of game Violett is, exactly? The developers describe it as a 2,5D point-and-click adven­ture game, set in a “world full of won­ders, quirks and things from beyond our real­ity”. The developers promise that it will “will push your brain to the lim­its and engross you completely.” That’s… quite the bold claim, isn’t it!

Here’s what Violett is all about:

Dragged by her par­ents, a young and rebel­lious teenage girl – Vio­lett, moves to an old spooky house in the mid­dle of nowhere. Forced away from her friends and life in the city; she imag­ines how bor­ing life in coun­try­side will be: spend­ing day after day, bored in her room with absolutely noth­ing to do. But what she can­not imag­ine, is that in just few moments, she’ll have the adven­ture of her life.

A spark of light from the nearby mouse hole catches her atten­tion, she reaches inside and in a blink of an eye she’s in a com­pletely dif­fer­ent place. So famil­iar, yet so dis­tant. So mag­nif­i­cent, and yet dan­ger­ous. A place where frogs singing operas are daily occur­rence, gar­den gnomes are emis­saries from another dimen­sion and power of telekine­sis is not freak­ing any­one out. Now only your wit and luck can help her unite with her parents.

Just like any point ‘n clikc / adventure game worth its salt, Violett has various (more or less) intricate puzzles, that you need to solve in order to progress through the story. You can also use your telekinesis power, which will definitely help you fight the evil spider queen that wants one thing… turn you into a her new trophy!

According to the developers, the wold was inspired by works such as Alice in Wonderland, Sandman, Dali, and various others.

Here’s the main features of the game, along with some screenshots (not from the Nintendo Switch version, unfortunately):

Violett (Switch – eShop) does not have a release date yet, but it’s already been added to the Upcoming Releases page!