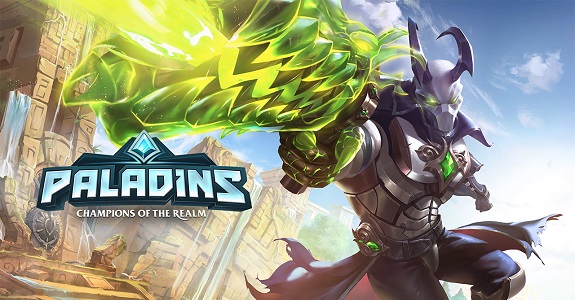 Yesterday, Butterscotch Shenanigans announced that Crashlands will be released on November 8th on Nintendo Switch, in Europe and North America to be precise. It will cost $14.99 / 14.99, and can already be pre-ordered on the Nintendo eShop.

Flux’s day began like any intergalactic trucker’s: hurtlin’ through the stars with space-coffee in hand, ready to bring packages of joy to various worlds. Then some jerk named Hewgodooko teleported in, wrecked her ship in search of useful tech, and caused Flux and her robot assistant Juicebox to crash-land (wink wink) on Woanope.

Big baddies put the “nope” in Woanope, but Flux can carve out her own space to live while she prepares to get her tech back from Hewgodooko. Collect resources around the charming-yet-dangerous planet to build tools, structures, and weapons on a daring quest to save the entire galaxy…or just deliver your packages. For the first time you can bring a friend along; couch co-op lets your buddy play as Juicebox, helping with both combat and harvesting.

Crafting, taming creatures, and building a home becomes a meditative, chilled-out experience thanks to Crashlands’ infinite auto-sorted inventory. Erecting walls is as simple as finger-painting. Want some fancy walls and floors there? Done. A stable for new alien friends? Easy. Butterscotch Shenanigans even included muzak for maximum relaxation.

Woanope’s inhabitants are not the type to unwind, so Flux will need arms. Craft swords, hammers, axes, and armor, then augment them with trinkets to find hidden combos. Ever wanted to set an enemy on fire with a flamethrower while berserking with an axe, causing them to leave trails of fire on the ground, damaging other foes? That’s Crashlands for ya. Dancing the furious waltz of death means recognizing each enemy’s custom patterns and avoiding telegraphed attacks.

Flux’s trip to Woanope is an adventure across three huge biomes containing a 40+ hour Story Mode, NPCs, tons of sidequests, and big nasty bosses – all in a whimsical hand-drawn style. There is even Creative and Hardcore Mode for those who like to change-up their experience. It’s also cross-play with saves from the PC and mobile versions via Butterscotch Shenanigan’s Rumpus system. Oh, and it was developed by a trio of brothers in response to a cancer diagnosis. What’s not to love?

Crashlands (Switch – eShop) comes out on November 8th in Europe and North America. The Upcoming Games page has been updated!

Yesterday, Digerati confirmed that Blacksea Odyssey (a rogue-lite dual-stick shooter) will be released on December 20th on the Nintendo Switch, in Europe and North America. There will be a 20% launch discount for a limited time!

The hunt is on! Get ready to battle colossal space monsters in Blacksea Odyssey, a savage, top-down rogue-lite shoot ‘em up RPG.
The greatest huntsmen in the universe have gathered for the Blacksea Odyssey – a legendary tournament that plunges competitors deep into the cosmic abyss on a deadly hunt for the most fearsome creatures that dwell within the void.

Blacksea Odyssey (Switch – eShop) comes out on December 20th in Europe and North America. The Upcoming Games page has been updated!

Good news for players who prefer their shooters with some fine motion controls: the next Software update for Paladins, Ver. 1.8, will add support for them! Check out this page for the full patch notes.

Here’s the latest Developer Diary video for Decay of Logos:

Decay of Logos (Switch) comes out next year in Europe and North America.

Yesterday, Regista announced that they’re bringing YMCAT’s The Demon Crystal (not to be confused with Demon Crystals, from Badland Games) to the Nintendo Switch. It will be released this Winter in Japan.

The Demon Crystal (Switch – eShop) comes out this Winter in Japan. The Upcoming Games page has been updated!

Here’s some more pictures and a trailer for Croixleur Sigma, now available in Japan:

Croixleur Sigma (Switch – eShop) does not have a release date in Europe and North America.

Here’s a trailer for the Monsters Challenges update for Streets of Red – Devil’s Dare Deluxe (check out this page for the patch notes!):

Bad news for Wii U owners who were still waiting for Hive Jump in Europe: the latest Kickstarter update for the game reveals that it will not be possible after all. If you’re a backer, you’re encouraged to contact the developers to get this sorted!

Said developers are also teasing Hive Jump for new platforms, but do not mention any. It’s possible the game will come to Nintendo Switch, but nothing is confirmed just yet.

Storm In A Teacup

Here’s the launch trailer for Storm In A Teacup, now available in Europe and North America:

Here’s the launch trailer for Swap This!, releasing today in Europe and North America: