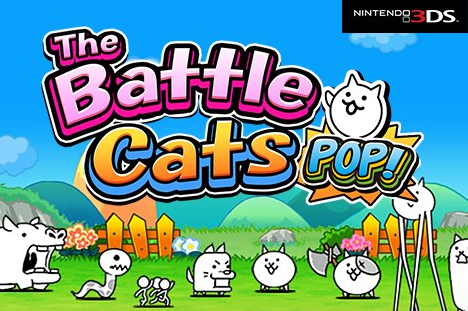 Update: The Battle Cats POP! is back on the Nintendo eShop in Europe, but you still cannot buy it from the web eShop.

Released back in June, The Battle Cats POP! is the Nintendo 3DS version of the popular version game. While gameplay remains mostly unchanged, this version does add a (local) VS mode, and completely gets rid of IAP.

Unfortunately, if you live in Europe, you can no longer purchase the game: the gamepage has been removed from the Nintendo eShop, and the web eShop indicates the game is no longer available for purchase.

In a statement sent to Nintendo Life, FDG Games announced that Monster Boy and the Cursed Kingdom was coming to a Nintendo platform:

We’ll certainly bring this game [to] a Nintendo console. I can’t say more yet, unfortunately.

With such a statement, it’s easy to imagine the game is coming to the mysterious NX platform, but it’s pretty clear nothing concrete will be announced in the near future.

In the mean time, here’s the trailer for the game:

Hot Rod Racer is a racing game by ZeNfA Productions, released last month on the Nintendo eShop of the Wii U, in Europe and North America. Since then, the developer has been hard at work on a patch, which will be released soon. It will add a brand new mode, with a health system, which will be available in addition to the regular mode already available.