A few months ago, it was announced that the first 3 games in the Trine series were getting a retail release in North America. A similiar collection but including Trine 4 was also announced, but not for Nintendo Switch… until now, that is! Modus Games have announced that the collection will also be released on that platform this Fall, alongside the other consoles.

Here’s what is included in the collection:

Trine: Ultimate Collection (Switch) comes out this Fall in Europe and North America. The Upcoming Games page has been updated!

Soedesco have announced that Teslagrad on Nintendo Switch is getting a retail release on September 27th in Europe and North America. Alongside the regular edition, a Limited Edition will also be released via Limited Run Games.

This Limited Edition is called Value Pack, and includes the following: 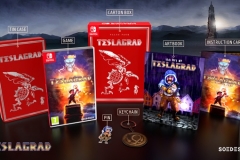 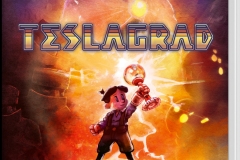 Teslagrade (Switch) comes out at retail on September 27th in Europe and North America. The Upcoming Games page has been updated!

The latest issue of CoroCoro magazine (to be released on July 13th in Japan) will announce a special contest for Jikkyou Powerful Pro Yakyuu. Fans will get the chance to choose a special breaking ball to add to the game from among the following options: