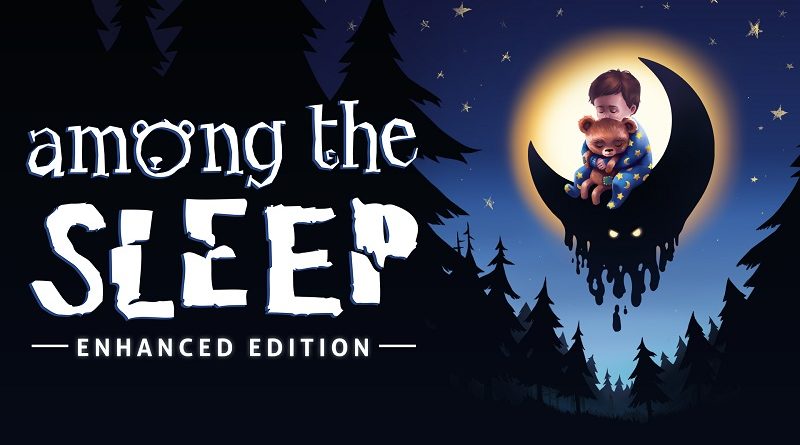 Today’s Daily Briefs: release date and trailer for Among the Sleep – Enhanced Edition, but also…

Among the Sleep – Enhanced Edition

On May 29th, Among the Sleep will celebrate its 5th Anniversary. And it’s quite fitting that it’s this very day Soedesco chose to release Among the Sleep – Enhanced Edition on Nintendo Switch, in Europe and North America.

Among the Sleep, developed by Norwegian developer Krillbite, is an extraordinary first person horror game that tells the story of a two-year old child going on a terrifying trip around the house in order to find its missing mother.

The Among the Sleep – Enhanced Edition contains the completely new Museum Level, with behind the scenes content and extra footage. It also includes a digital artbook and a digital soundtrack. Moreover, players now get to choose which pajamas their character wears in the game. Finally, a new dialogue has been added and a plethora of improvements were made in terms of visuals, performance and gameplay.

Among the Sleep – Enhanced Edition (Switch) comes out on May 29th in Europe and North America. The Upcoming Games page has been updated!

Here’s the latest trailer for Hollow 2:

Hollow 2 (Switch – eShop) comes out this Summer in Europe and North America.

Today, Square-Enix launched a series of developers featurettes called “Inside Final Fantasy”, featuring interview with developers, original creators, and artists. The first one is about Final Fantasy IX!

Inside FINAL FANTASY IX takes a look at some of the secrets and anecdotes from the development of the game, featuring interviews with, Shinji Hashimoto (Producer), Toshiyuki Itahana (Artist), Kazuhiko Aoki (Event Designer) & Nobuaki Komoto (Event Planner).

Here’s the launch trailer for the Ver. 2.0 update for Brawlout, now available:

Forever Entertainment have announced that all their Nintendo Switch games have sold a combined 1 million units. Considering they have released 32 games so far, that’s an average of 31 000 units per game.

The Binding of Isaac: Afterbirth+

Heads up for players with the retail version of The Binding of Isaac: Afterbirth+ in Europe: the Ver. 1.3.0 update, released back in January in Europe and North America digitally / at retail in North America, will be released on May 25th. You can find more details about it on this page!