A few weeks ago, Yacht Club Games made a lot of announcements for Shovel Knight, in order to make sure it gets the finale it deserves. The following were all slated to release on April 9th:

Unfortunately, nothing will be released on April 9th after all. You might say it’s become tradition at this point, but all of the above has been delayed to an unspecified date. The reason? The developers need a bit more time to not only complete development, but also to make sure it’s all lof the highest quality possible (just like all previous games / expansions). Of course, there’s also the matter of the physical version, which requires a little more time.

As a result, Yacht Club Games decided to delay every single thing: the physical editions, the digital update, and of course the amiibo. Considering the update adding support for the new amiibo is tied to the release of King of Cards, it makes sense that even the figures would be delayed.

Unfortunately, the team at Yacht Club Games is not quite ready to share a new release date: to avoid further disappointments and broken promises, they will only announce the new date once it’s all 100% done. Don’t mind the various dates you might see at various online retailers: those are nothing but placeholders. All we know it’s that it’s going to take several months… at most. It doesn’t help that the last few steps require coordination with many people outside Yacht Club Games!

But if you really can’t wait for the remaining Shovel Knight content, fret not: the developers are going to share more details, trailers, and various tidbits for both Showdown and King of Cards “soon”. Here’s a few screenshots to get started: 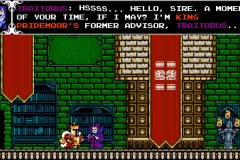 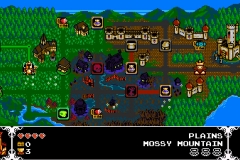 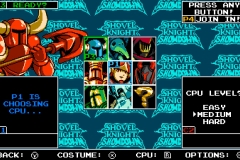 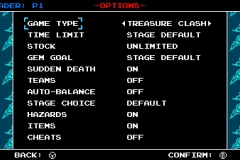 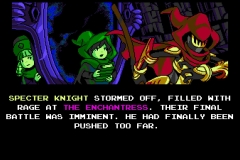 For more details about the delay, including the state of development, make sure to check out this post on the official Yacht Club Games website!

The remaining Shovel Knight content should be released later this year. The Upcoming Games page has been updated!