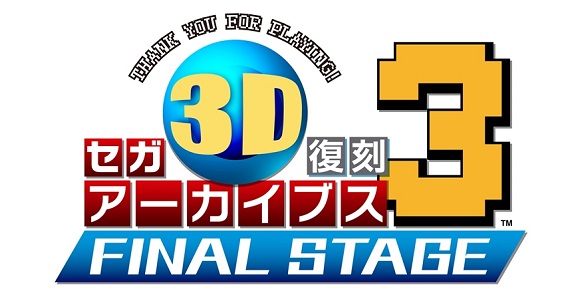 Earlier this month, SEGA revealed SEGA 3D Classics Collection 3: Final Stage, which is the third and final collection of SEGA 3D Classics. It will be released at retail on December 22nd in Japan. It will include a total of 9 games, and one was actually revealed today during a stage show at the Tokyo Game Show 2016.

That game is Thunder Force III, which was originally released on the Mega Drive / Genesis. Here’s some screenshots for that game, along with the updated boxart for SEGA 3D Classics Collection 3: Final Stage (which is yet to be fully revealed, since there’s still 2 unannounced games in the compilation):

It’s not clear when the remaining two titles will be revealed (only one was supposed to be revealed at the Tokyo Game Show 2016), but there’s no doubt Famitsu will tell us in a couple of weeks!

SEGA 3D Classics Collection 3: Final Stage (3DS) comes out on December 22nd. On the same day, SEGA will release a special package with all three compilations.