On June 30th, two services for Nintendo users will come to an end:

The Nintendo Network Premium / Deluxe promotion was discontinued back on April 1st, which means you can’t trade in points for activation codes anymore. However, if you still have some of those lying around, you shouldn’t wait too long before using them, as they will expire after June 30th (Tuesday). Once added to your account on the Nintendo eShop, the funds will never expire, so you will be free to use them whenever you want.

The Nintendo Network Premium / Deluxe Digital Promotion has ended. The deadline for redeeming an activation code is June 30, 2015.

If you live in North America, the Club Nintendo is coming to a close pretty soon for you. After June 30th (Tuesday), you will not be able to spend any of the coins you may have left on your account (as the service will be permanently closed), so you need to make sure you do use them before it’s too late.

There’s quite a lot of digital games available right now, so you should definitely click here and pick up a game before Tuesday, if you don’t want to lose the points you may have left on your account!

These are all the games that we are making available in conjunction with the discontinuation of Club Nintendo. Be sure to exchange your Coins for games before 6/30/2015! Quantity is limited on certain items.

If you live in Europe and Japan, there is nothing to worry about for now: you still have until September 30th to use up all your remaining stars. There’s even some new physical rewards headed soon to the European Club Nintendo, though we don’t quite know when the remaining ones will finally be added to the Stars Catalogue. 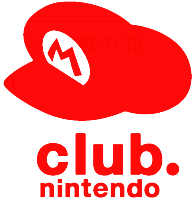