Today’s Pokémon news: no special t-shirt from the UT Grand Prix 2019 in Pokémon Sword and Shield, but also…

Earlier this week, the winners of the UT Grand Prix were revealed, with the Grand Prize winner getting to see his t-shirt included as special t-shirt in Pokémon Sword and Shield. Unfortunately, it turns out that both that winner and another finalist submitted designs that were “not in accordance with the terms of the competition”. Basically, their designs were not original, and created specifically for the contest.

As a result, those two finalists were disqualified. Uniqlo have announced that no Grand Prize will be awarded at all, and no merchandise featuring the designs that were disqualified will be sold.

For those of you who are curious, here’s the two designs that were disqualified: 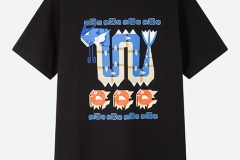 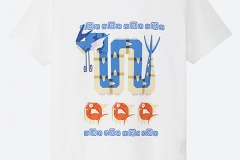 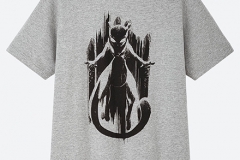 As a side-effect of this, it looks like no special t-shirt will be added to Pokémon Sword and Shield after all. The website no longer mentions anything about this at all, though it’s not specifically mentioned in the official announcement about the disqualified finalists.

Pokémon Sword and Shield (Switch) comes out this Fall worldwide.

In Japan, Nintendo released two Nintendo Switch bundles alongside Pokémon: Let’s Go, Pikachu! / Let’s Go, Eevee!, including a copy of the game, and a special Nintendo Switch console, Joy-Cons, and dock. That bundle quickly sold out at launch, but it was brought back earlier this year.

And today, Nintendo have announced that the two bundles are once again back in stores in Japan, though once again, it’s not clear how long they will be available. If you haven’t got one yet, then make sure to get it as it’s most likely going to be last time new shipments are sent to retailers… 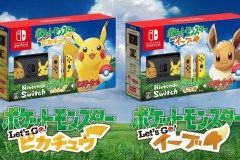 Today, battles for the latest Battle Competition for Pokémon Ultra Sun and Ultra Moon went live: the 2019 International Challenge May Online Competition. Here’s all you need to know about it:

You can find more details about the Serial Codes for Pokémon Ultra Sun and Ultra Moon on this page!