The Pokémon Company have shared some more details about Pokémon Sword and Shield, and more precisely Zarude. When it reaches Level 90, it will learn an exclusive signature move called Jungle Healing.

Here’s some details and pictures for this move:

Once Zarude reaches Lv. 90, it can learn Jungle Healing, a unique move only it can learn. In this Grass-type status move, the Pokémon wraps its vines around trees, absorbs their energy, and then releases that energy combined with its own. Healing power radiates around the area and heals both Zarude and its ally Pokémon—restoring their HP and curing them of any status conditions. 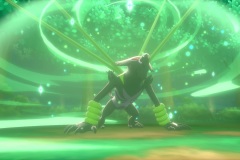 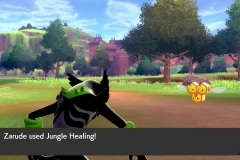 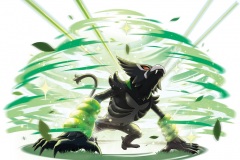 The Pokémon Company have announced that the 4th episode of the Pokémon: Twilight Wings web anime series will debut on April 17th. 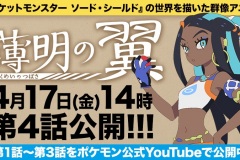 Niantic have announced a new feature for the GO Battle League: from now on, if you lose all 5 matches in a set, you can continue playing in that same set until you win a match, though only up to 15 losses (after which you will move to the next set).

Also, Niantic have announced another new feature: the GO Battle League leaderboard, which will be available on PokemonGOLive.com. It will launch on April 10th, at the same time as the start of the Master League format.

Here’s the various features of the leaderboard:

And to celebrate, there will be a GO Battle Day: Marill on April 12th. Make sure to check out this post for all the details about it! 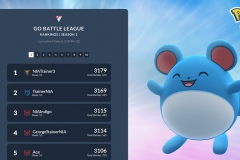