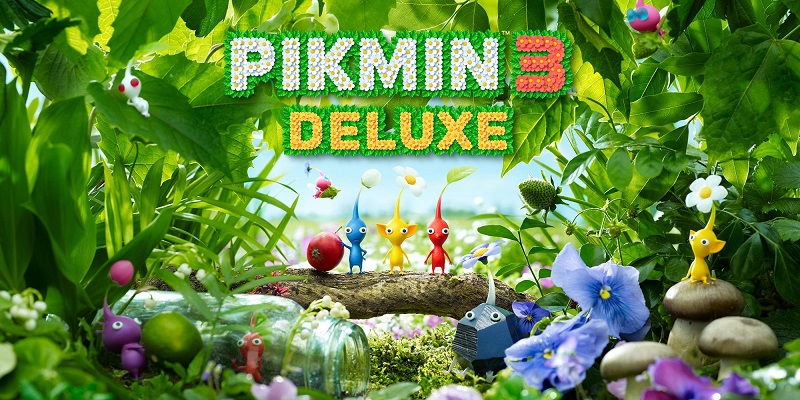 Nintendo have announced their latest game for the Nintendo Switch, and it’s none other than the long-awaited/rumoured port of Pikmin 3, logically called Pikmin 3 Deluxe. It will be released on October 30th worldwide, and will cost 59.99€ / $59.99 / 6 578 Yen. It’s already available for pre-purchase on the Nintendo eShop, with the Japanese version offering an English language option.

This version of the game includes not only the DLC released for the original Wii U game, but also some brand new content and features such as side-missions featuring Olimar and Louie, co-op for the Main Story, and more.

Pikmin 3 originally launched on Wii U, and now it’s making the leap to Nintendo Switch with new content, more options for cooperative play and a range of settings that make it easy for newcomers to jump in. These tiny Pikmin are ready to make your acquaintance in their biggest adventure yet.

Pikmin 3 Deluxe isn’t your garden-variety adventure. Command a crew of three explorers and a squad of adorable Pikmin in a quest for survival packed with puzzles to solve and copious critters to battle. After a crash-landing, you’ll explore a variety of lush environments, such as the snow-covered Distant Tundra, the Twilight River and the Garden of Hope, all teeming with wondrous and formidable lifeforms.

Pikmin 3 Deluxe delivers a full suite of additions and enhancements, including the ability to play the whole Story mode in co-op with a friend, new side-story missions which can also be played in co-op and all the Mission mode DLC stages from the original game’s release. With new difficulty options, lock-on targeting, optional hints and the choice to play at a more relaxed pace, it’s easier than ever to join in on the Pikmin fun, enjoy the game’s beautiful scenery and get a taste of what this vibrant world has to offer. Fun features from the original game also return in Pikmin 3 Deluxe, such as the in-game camera, which allows players to snap photos of the game’s lush environments and curious creatures from a pint-sized perspective.

With a number of Pikmin to befriend and command, you’ll have a willing team at your disposal to tackle whatever obstacles you face. Different colored Pikmin offer a variety of helpful abilities and strengths for your missions. For example, Blue Pikmin can breathe underwater, helping you collect items other Pikmin can’t reach, while Winged Pikmin, distinguished by their pink hues and fluttering wings, can fly over terrain such as water and pits. Strategically selecting the right Pikmin for the task at hand, delegating projects and changing between captains can help secure victory.

For seasoned players who are ready to deploy their Pikmin-plucking skills in some new challenges, Pikmin 3 Deluxe adds new side-story missions featuring Olimar and Louie exploring planet PNF-404. And for a bit of friendly Pikmin-flinging fun, there are even head-to-head multiplayer matches available in Bingo Battle. 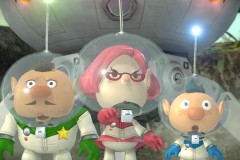 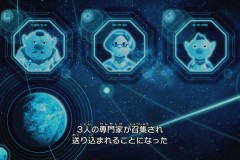 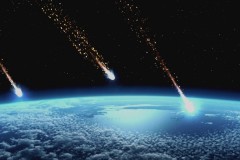 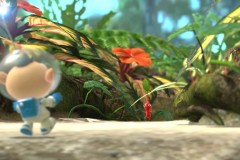 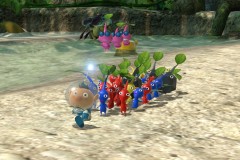 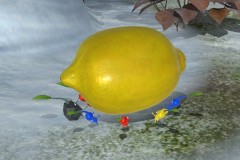 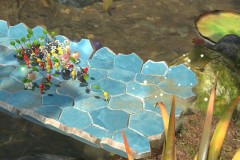 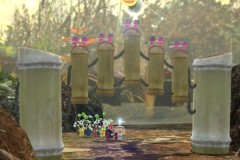 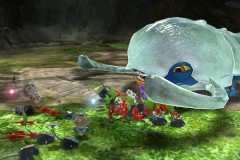 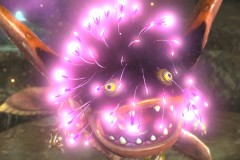 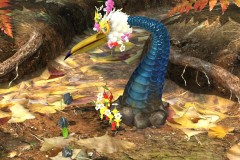 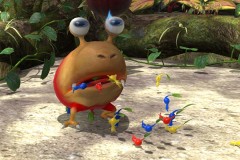 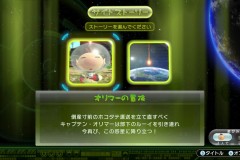 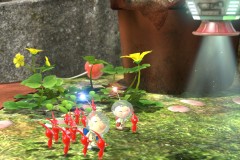 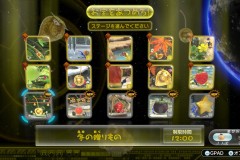 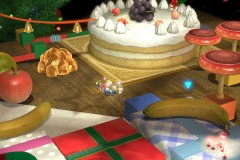 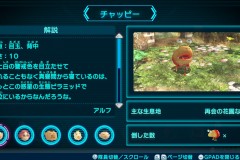 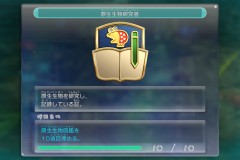 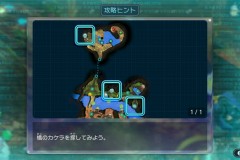 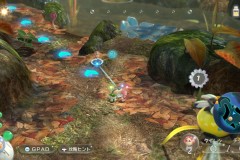 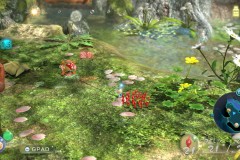 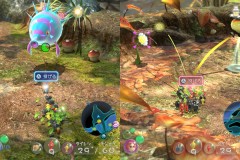