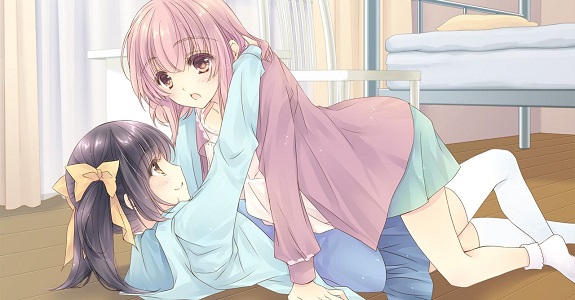 Over the past few months, a fair number of Visual Novels have been released on Nintendo Switch, and it doesn’t look like it’s going to stop any time soon (certainly not with the Otomate announcements from earlier this month). And yesterday, another one was released in Japan, called Nurse Love Addiction in English.

In this game, you get to follow the story of one Asuka Osachi, a ditzy girl training to become a nurse at the Teito Nursing School. As you progress through the game, she will discover love, medicine, and adulthood.

Asuka Osachi, a ditzy and easy-going girl, graduates from high school and enrolls in Teito Nursing School along with her younger sister, Nao.With their two classmates Itsuki and Sakuya and their instructor Kaede, the girls will experience what it means to be an adult… and a nurse. They’ll laugh and cry together as they wade through this confusing time in their lives.

Decide how Asuka and her friends will spend their three years at Teito Nursing School!

The game does happen to have voice acting (only in Japanese). Here’s the list of voice actresses:

In Japan, the game is available on the Nintendo eShop as of today. It costs 4 800 Yen, but is available with a 50% off discount until June 7th. No western release has been announced so far, but considering the game has already been translated in English (it’s available on Steam, if you’re interested), it’s pretty likely a European and North American release will follow in the (near) future.