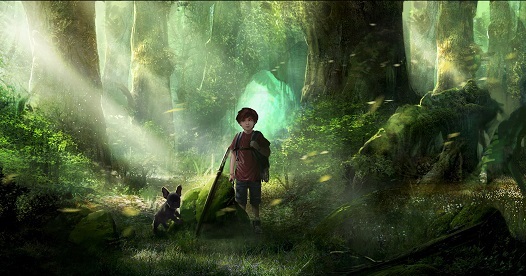 Today’s Nintendo Switch news: a teaser trailer for Seasons of Heaven, but also…

Last week, GameBlog revealed Seasons of Heaven: an adventure game developed by AnyArts Productions, announced as a Nintendo Switch exclusive. You get to play as Yann (a young boy who suffers from the Asperger Syndrome), who is accompanied by Ani (a French bulldog), with distinct gameplay for both (you can switch at any time).

And as announced last week, a teaser trailer was revealed today. It doesn’t allow us to learn anything new about the game (which is to be expected for a teaser trailer), but it gives us a nice look at the environments.

The first trailer will be revealed next week, on December 19th.

Gameblog also shares more details about the game, where nature is one of the central elements. When exploring the Heaven (place where the game takes place), players will be able to use an “evolving” vehicle. They will also have to keep in mind a polymorphic monster, that chases Yann and Ani during the game.

Seasons of Heaven (Switch eShop) should be released next week. Make sure to check out the list of confirmed games/developers/publishers for the Nintendo Switch!

Unfortunately, the invite doesn’t specify when and where the event will take place. At the moment, it seems it’s mainly fans living in the New York area that are receiving the invite (or rather, the mail informing them they will receive the invite). It wouldn’t be surprising if the hands-on event took place at the Nintendo NY Store.

Right now, only Nintendo of America has been sending such invites. No doubt Nintendo of Europe will also invite fans to events throughout Europe in the upcoming weeks.

The Nintendo Switch will be launched in March, worldwide.

Thanks RedBull1500 for the heads up!