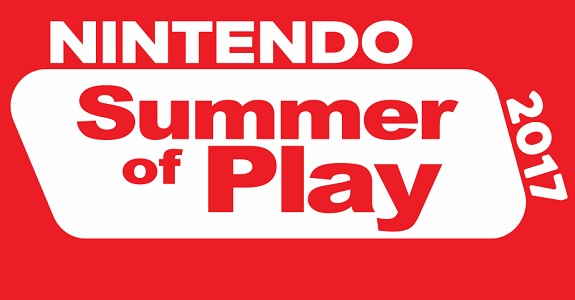 Today, Nintendo announced the Nintendo 2017 Summer of Play tour, that will take place at several locations across the United States this Summer. This year, games on two Nintendo platforms will be playable during the event: the Nintendo Switch, and the Nintendo 3DS. And besides the latest and upcoming games, visitors will also be able to try out the New Nintendo 2DS XL.

Each stop will feature a “veritable Nintendo playground of fun activities”, with photo opportunities in front of colourful visuals, and more. Also, people who pre-order/purchase select Nintendo games at select participating stores near the Nintendo 2017 Summer of Play will be able to get a Nintendo-branded PopSocket mobile accessory device.

But that’s not all! My Nintendo members can also get a little present by checking in with their My Nintendo QR Code: a metal water bottle.

Here’s the list of games to be playable at the tour:

And here’s when and where the Nintendo 2017 Summer of Play will take place: