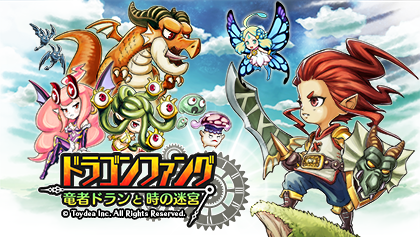 A while ago, it was announced that Dragon Fang (a mobile game) would get a New Nintendo 3DS port. We didn’t hear about the game for a long while, but at the BitSummit 4th, this Summer, it was confirmed the port was still in the works.

And today, it was announced that Dragon Fang: ~ Ryyuusha Doran to Toki no Meikyuu ~ would be released on December 14th in Japan. The game will be Free 2 Play, with the usual micro-transactions.

Here’s some screenshots and a trailer:

Here’s the latest games on sale on the Nintendo eShop in Japan:

Today, it was announced that the long-awaited Petit Computer Big (on Wii U) would be released on December 14th in Japan. Here’s some screenshots:

Here’s the latest gameplay video for TorqueL, now available on Wii U in Japan: