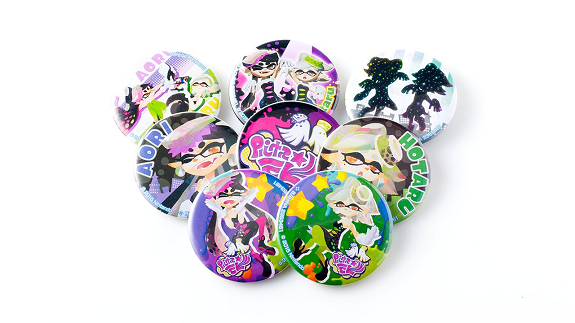 Starting today, some Splatoon badges are available in Japan. There’s 8 of them, and they can be bought from Bandai’s capsule toy machines.

Here’s a picture of the 8 badges, which all feature an artwork of Marie & Callie:

Today, it was announced that Fairune 2 (Nintendo 3DS) would be released on July 13th in Japan, where it will cost 800 Yen (via the Nintendo eShop).

A trailer was also revealed:

It’s not clear when the game will be released outside Japan, but we do know that a European and North American release is on the way down the line. Fairune will be playable at the BitSummit 4th this week-end.

In Japan, Culdcept Revolt is finally available. Nintendo has launched the special website mentioned in the Nintendo Direct presentation: click here to check it out! There’s news about the game, the Net Shop (to purchase additional content), a FAQ, and more.