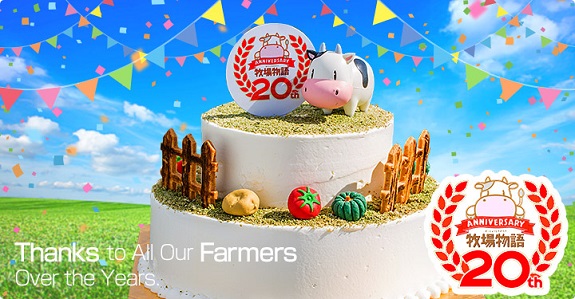 Here’s the first trailer for Digimon Universe: Appli Monsters, releasing this Fall in Japan (on Nintendo 3DS, via the Nintendo eShop):

Today, Marvelous launched a special version of the Bokujo Monogatari website, to celebrate the 20th Anniversary of the series (previously known as Harvest Moon in the West, now known as Story of Seasons). Naturally, everything is in Japanese, but even if you don’t understand one word, you can click here to check it out!

Here’s a Thank You image:

Here’s some screencaps of the panels and badges (courtesy of JoeM86):

There’s music from the following series and games: