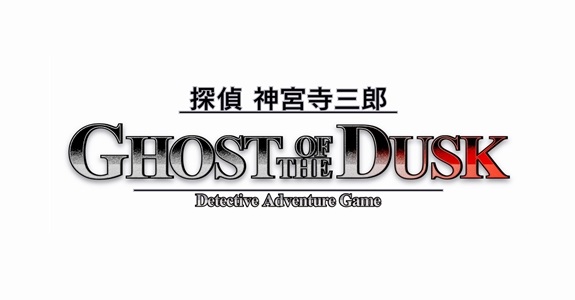 Back in February, Arc System Works announced they had acquired the rights to several licences by WorkJam, including the popular Jake Hunter / Tantei Jinguuji Saburou (which is celebrating its 30th Anniversary this year). At the same time, they announced Jake Hunter: Ghost of the Dusk, which is to be released on the Nintendo 3DS.

No further details were provided at the time, but it looks like Arc System Works is finally ready to talk about the game: it’s featured in Famitsu magazine this week!

According to Famitsu, it’s the original development team for the Jake Hunter series who is in charge of this new entry (the first one to be released in 5 years). This time, the theme is “back to the roots”, which was to be expected since the last entry (on Nintendo 3DS) was poorly received. Development is said to be 80% complete.

Very little details about the game are available at the moment, but Famitsu mentions that the simple controls the series is known for are back, along with the command selections. There’s also the “Tobacco system”, that players can use to organise the various clues to solve mysteries.

Finally, here’s a list of some of the characters appearing in the game, along with their voice actors:

Here’s the preview from Famitsu magazine, where you can see an artwork of the characters:

Finally, here’s the very first official pictures for the game:

Jake Hunter: Ghost of the Dusk (3DS) comes out on August 31st in Japan. The Upcoming Releases page has been updated!