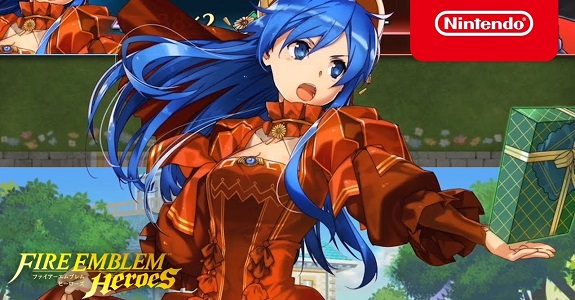 This week is pretty busy for Fire Emblem Heroes, with a brand new update now available, and the 1st Year Anniversary events still going on. But there’s still more to come: on Friday, a brand new Summoning Focus will go live. It’s called “Love Abounds”, and it will feature a new set of Special Heroes! It will go live on February 9th (this Friday), and run until March 9th.

Since Valentine’s Day is just around the corner (it’s next week, after all), it’s no big surprise this new Summoning Focus will feature various Heroes in love-themed outfits.

Here’s the Special Heroes featured in this Summoning Focus:

And as usual, a brand new set of Story Maps is expected to go live at the same time as the new Summoning Focus. This time, it’s a Paralogue Story, logically called “Love Abounds”.

Finally, we have the confirmation that a brand new set of Daily Log-in Bonuses will also go live at the same time as the Summoning Focus and Story Maps. As always, details about it will only be available on launch day… this Friday!

Make sure to check out the Events and Content Updates and the Characters page for more details.