The latest update for Fire Emblem Heroes is finally available, and brings the game to Ver. 1.3.0. Now that the update is available, the developers have shared some details about it. Most of those were covered in this post, but we’re covering in this post for clarity (and avoid having you switch between two posts).

The first set of changes applies to the Arena. Starting with this version, the rewards you get for battling at the Arena are based on a tier system. Nothing much change for Tiers 1 to 3, but from Tier 4, you also get Orbs along with the usual Hero Featers. With this new system, all participants get a reward, but the higher your tier, the better the rewards.

A quick note about demotion: it can only happens for players in Tier 8 and onwards (no demotion possible for players in Tier 2 to 7). The developers specify that your rank (what determines whether you’re to be promoted or demoted) now depends on the number of participants.

The new rules will take effect from May 9th (usual update time), when the new Arena season goes live. You will start from the Tier you made it to prior to the update (you will not start from the very bottom).

Another change regarding the Arena: Bonus Heroes now affect your Defense score too, so if you successfully defend with one of those, you will get double the usual amount of points.

And as announced during the FEHeroes Channel presentation, Fire Emblem Heroes gets a new set of maps with this Arena update. These new maps include defensive terrain: if a Hero is standing on a defensive terrain tile, they will receive a damage reduction of 30% of their Def or Res. 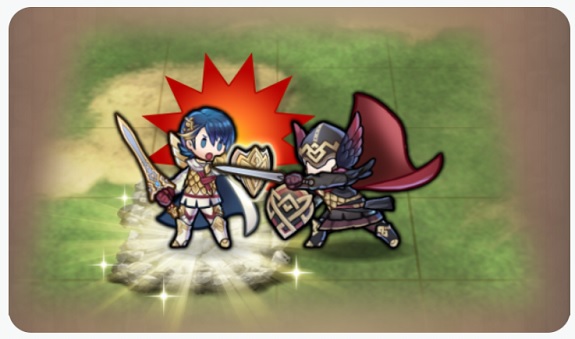 Tired of seeing your army lose horribly during Voting Gauntlet events? Well, things will be different from now on! Now, the army at a disadvantage (aka: losing for more than 1h) will get a time-limited boost. Basically, the number added to the score when you vote will be multiplied by 3 for a limited time, which should hopefully help even the playing field when a character is significantly more popular.

NB: this x3 bonus also applies to your personal score! Naturally, if both armies are at equal strength, there will be no bonus for anyone.

Here’s various additional changes that were made with this update: