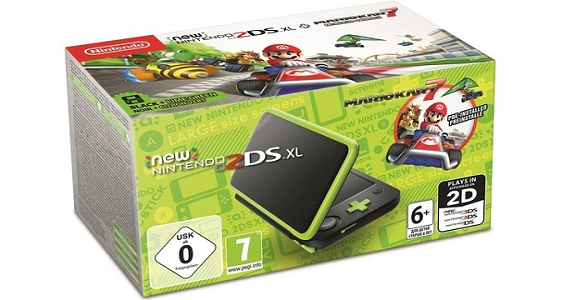 In the past few months, Nintendo has been focusing on the Nintendo Switch, but has also repeatedly confirmed that the Nintendo 3DS wasn’t quite ready for retirement yet. Tatsumi Kimishima said as much during the latest meeting with investors, where he explained that the focus would be to take advantage of the rich library of the console.

And as Summer vacations draw near, Nintendo announced a couple of things for the Nintendo 3DS in Europe. First, three games are being added to the Nintendo Selects range on June 29th:

Those three games will now cost only 19.99€ / £15.99 / CHF 24.90 / RUB1399 / ZAR 269, which is standard for Nintendo Selects titles. And as usual, those same games are getting a permanent price drop on the Nintendo eShop on the same day. According to Nintendo, those 3 games have sold a combined total of over 4.34 million units across Europe to date.

But that’s not all: on the same day, Nintendo will release two new bundles for the New Nintendo 2DS XL (previously released in Japan, but without any pre-installed games):