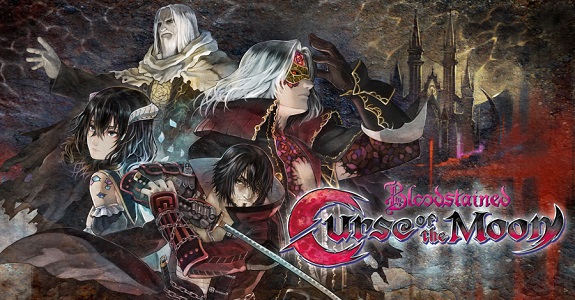 Bloodstained: Curse of the Moon

Today, Inti Creates announced that the Nintendo 3DS release of Bloodstained: Curse of the Moon in Europe was delayed to May 31st. The release date remains unchanged for the other platforms and regions.

Also, Inti Creates shared details about the bosses found in the game:

You can find plenty of details about those bosses on the official website!

Here’s plenty of screenshots for those very bosses:

Bloodstained: Curse of the Moon (Switch, 3DS – eShop) comes out on May 24th worldwide, except on Nintendo 3DS in Europe (May 31st). The Upcoming Games page has been updated!

Today, Flyhigh Works announced that the next Software update for Deemo (Ver. 1.3) will be released in just a few hours, on May 24th. It will include two new song packs, adding 11 new songs for free (bringing the total to 266 songs):

Here’s a trailer and some screenshots for this update:

As usual, you can find more details about the various Software updates for Deemo on this page!

Last week, The Gentlebros Games announced that their next game would be a sequel to Cat Quest, called Cat Quest II: The Lupus Empire. We don’t kno anything about the game yet, other than it will be on Nintendo Switch!

Last week, Sekai Project announced that they were bringing a second game to the Nintendo Switch: My Girlfriend is a Mermaid?!. It will be released worldwide, with Cosen publishing it in Japan.

Today, it’s been confirmed that Sleep Tight will be released on July 26th worldwide, including Japan. Here’s some additional details about the game, alongside the latest trailer:

In Sleep Tight, players choose between a cast of 12 kids whose bedrooms are assaulted every night by hordes of monsters pouring out from the dark corners of their homes. Using an array of toy weapons ranging from dart guns to water balloons, players hold the frightening creatures at bay until sunrise. Then they can cash in their piggy banks to build elaborate pillow forts, construct turrets, and buy various other upgrades that will better help them survive increasingly difficult evenings to come.

Each of Sleep Tight’s dozen heroes comes with their own exclusive ability and playstyle. For example, the trigger-happy Tommy starts each match with 500 darts and gets discounts on Weapon Skills, while the comic book fan Dexter has superpowers that give him discounted power-ups, and Rosie uses her building skills to engineer turrets that deal more damage and extra strong pillow fort walls. Every child has their own specialty that keeps the game fresh no matter how many midnight monster hunts players go on.

Source: We Are Fuzzy PR / 4Gamer

Here’s some screenshots for Ikki, the latest Arcade Archives release on Nintendo Switch:

A puzzle of cosmic proportions presents itself to those that can solve it…#PLANETALPHA #UE4 pic.twitter.com/dP0cZ0a9BI