PQube have announced their latest game for the Nintendo Switch: Gravity Heroes (developed by Studica Solution and Electric Monkeys). It will be released in Q1 2021 in Europe and North America.

Here’s a video showcasing Versus Mode:

Today we wanted to provide a deeper look into one of the three main game modes within Gravity Heroes, versus mode! Team up or take on friends in chaotic gravity-defying gun fights. Choose your character, decide if you’re teaming up or fighting in a free-for-all, customise the rules of your match and shift your gravity into a bullet storm of fun.

Blitz your friends with a varied arsenal of weapons. Slide on walls, ceilings, and floors as you shift your gravity around projectiles and try to come out on top with the most kills. See helmets stack up as bullets, grenades and lasers fly across each level, all to an electrifying soundtrack.

Pick and choose the rules of each match. Decide if the ‘Loot Bot’ will interrupt the game with power-ups and new weapons. Adjust time limits, player’s health percentage and starting weapons as you prepare to team up or go all out in a chaotic free-for-all.

Set in the midst of a broken peace treaty between humans and a robotic-beings called synthetics, it is up to you to take a role in the special task force; the ‘Gravity Heroes’, to investigate the reasoning behind this mysterious robotic uprising. Combat hordes of enemies by controlling gravity, collecting power-ups and finding weapons to change the tide of the battle.

Gravity Heroes (Switch – eShop) comes out in Q1 2021 in Europe and North America.

Hamster have announced that the latest Arcade Archives on Nintendo Switch is Burning Rubber. It will be released on September 24th worldwide, and as usual, it will cost 6.99€ / £6.29 / $7.99 / 838 Yen. The Japanese version will offer an English language option. 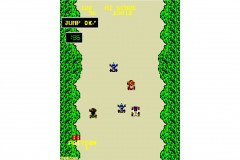 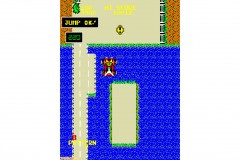 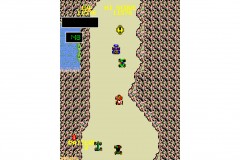 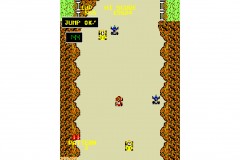 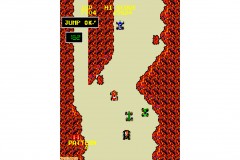 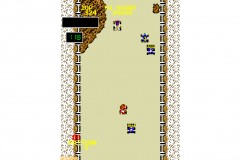 All in! Games have announced that Ghostrunner will be released on October 27th in Europe and North America.

Ghostrunner (Switch – eShop) comes out on October 27th in Europe and North America.

ININ Games have announced that Clockwork Aquario will be released in Early 2021.

The development of Clockwork Aquario started in 1992 and is the last arcade game ever developed by the legendary company Westone. Originally designed by the chief publisher, and co-founder of Westone, Ryuichi Nishizawa, Clockwork Aquario can be described as the swan song of a company that was part of an era with historic milestones such as the Wonder Boy / Monster World series.

Large character sprites, beautiful animations, vibrant colors – the game had everything an arcade game fan could dream of. But in the early 1990s 3D games and fighting games were booming in the arcades, so 2D games like Aquario, that relied on beautifully drawn pixel art, were no longer regarded as commercially feasible for the arcade centers. So the game never got released. Something that Strictly Limited Games and ININ Games needed to change.

The side-scrolling action game can either be played alone or with a friend in co-op.

Players can choose from three different characters, each of them with her/his individual moveset: Huck Londo, the daring ghost hunter, Elle Moon, the brave adventuress and Gush, the warmhearted giant robot.

This is probably the freshest 27 year old game that gamers ever enjoyed – and as this treasure stems from the arcades, it won’t go easy on the player!

And here’s a message from Ryuichi Nishizawa about the completion of the game:

“In the 90s, when game centers were dominated by fighting games, there was one title which had never been released, even though it was completed after more than two years of development and repeated changes. This title is Clockwork Aquario. Who would have thought that it would be restored and playable again? I would like to express my heartfelt respect and gratitude to those who have worked so hard to restore it. I don’t think it’s an exaggeration to say that this work is a great piece of 2D art, where the pixel artists of that time put their hearts and souls into. I’d be happy if people would appreciate and enjoy it.”

Clockwork Aquario (Switch – eShop) comes out in Early 2021 in Europe and North America.

Proletariat have announced that over 5 million players have played Spellbreak since launch.

Here’s an infographic with some stats: 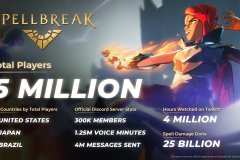