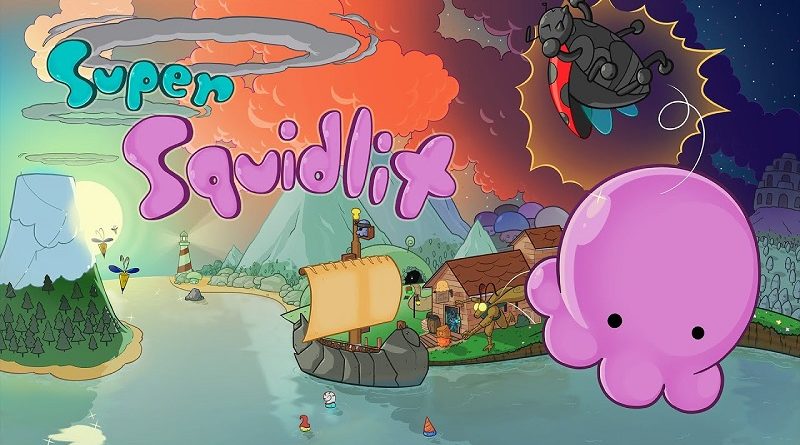 The Irregular Corporation have announced their latest game for the Nintendo Switch: Tohu, an adventure game developed by Fireart Games. It will be released later this year in Europe and North America.

In TOHU, players will experience a brand new adventure game that’s set amongst a world of weird and wonderful fish planets. Explore beautiful landscapes, solve intricate puzzles and discover the truth about a mysterious little girl and her mechanical alter-ego, Cubus. Combining traditional adventure game mechanics with an approachable design, TOHU features a variety of enchanting locations and strange scenarios, including a theatrical stage production filled with wonderful creatures and a topsy-turvy world where staircases lead you in directions that defy physics.

The player can swap between The Girl and Cubus at any time to harness their unique abilities, but keep your wits about you: mystery lurks around every corner and you’ll need to plan, strategize and find creative solutions to intriguing puzzles to proceed.Whether it’s a search for critters needed to power your expanse-traversing fly-ship, or learning how to fire a cannon filled with moustachioed moles, TOHU is packed with an array of quirky and challenging conundrums to overcome.

The adventure begins when The Girl’s peaceful world of the fish planets is disturbed by a strange, shadowy creature. With an intention to only cause chaos, it destroys the sacred engine that is the key to this world – and now all life on the fish planets is under threat. Along the way you’ll also come across eccentric characters like Juncle, your thin-legged robot friend and former caregiver, and a highbrow trader that lives in a bathtub, all while the game’s enchanting story takes players on an unforgettable journey. Set to a soundtrack by Christopher Larkin (Hollow Knight), TOHU combines visual storytelling with a lush, engaging musical composition. 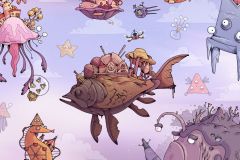 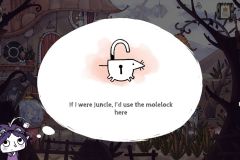 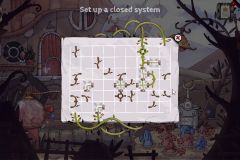 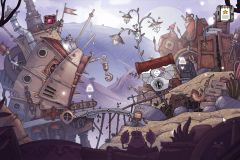 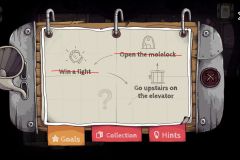 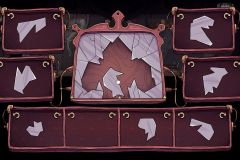 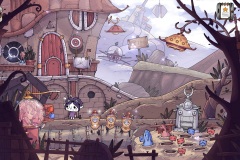 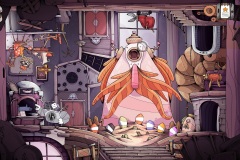 Tohu (Switch – eShop) comes out later this year in Europe and North America.

The Quantum Astrophysicists Guild have announced their latest game for the Nintendo Switch: Breakpoint, a “twin-stick slasher” developed by Studio Aesthesia. It will be released on September 24th in Europe and North America.

Welcome to Breakpoint, a twin-stick slasher that provides all the hectic action of a bullet hell with the crunchy satisfaction of melee combat. Unlike other twin stick games, there are zero ranged attacks in Breakpoint. You have to control the battlefield with a variety of physical attacks. Slice, smash, and crush your way through waves of enemies to defeat the swarm. Move and groove your way through each weapon skill tree building up to powerful AOE attacks to truly level the playing field. Reach new levels of digital carnage with the upgradable lethality of your weapons – become the ultimate champion and claim the high score by trying different combos and patterns. You can also check out the highest scoring runs instantly from their position on the leaderboard, anywhere in the world! Keep an eye on how your weapons are doing because once they break, the explosion can be a major tactical advantage.

Breakpoint (Switch – eShop) comes out on September 24th in Europe and North America.

Squidlit Ink have announced a game for the Nintendo Switch: Super Squidlit, a GameBoy Color-inspired action platformer. It will be released in early 2021 in Europe and North America.

Super Squidlit (Switch – eShop) comes out in early 2021 in Europe and North America.

Here’s the recording of the latest episode of Denjin Getcha, featuring Cuphead: