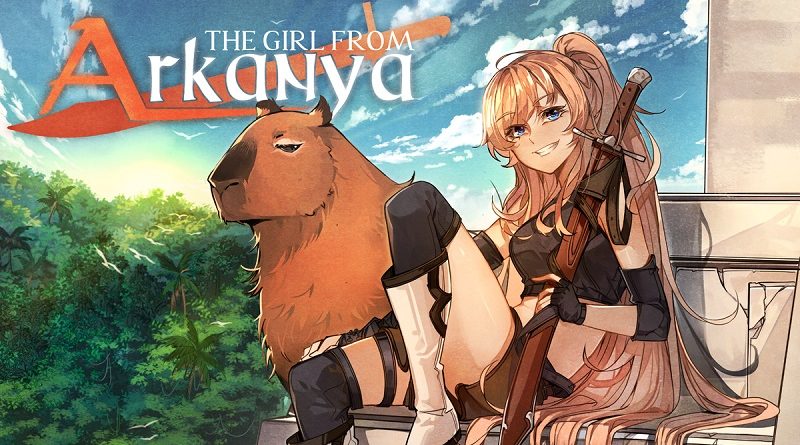 Spry Fox have announced that Cozy Grove will be released on April 8th in Europe and North America. It will cost $14.99, with a 10% off launch discount.

Cozy Grove is a snug-as-a-bug-in-rug game where players find themselves on what appears to be an abandoned island- that happens to be haunted! Playing as a spirit scout, players will forage, craft, fish, and help the spirits dwelling there find peace, helping to restore color to the island. 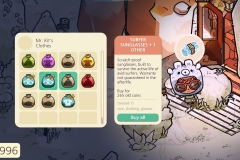 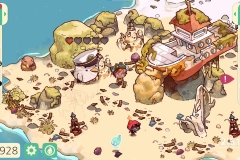 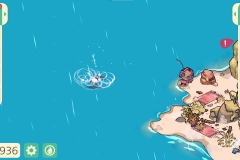 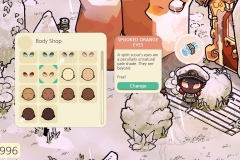 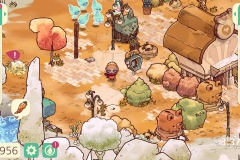 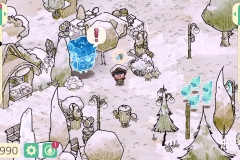 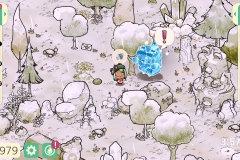 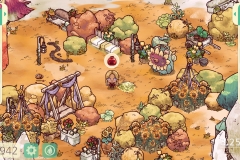 Here’s the latest trailer for The Darkside Detective: A Fumble in the Dark:

The Darkside Detective: A Fumble in the Dark (Switch – eShop) comes out on April 15th in Europe and North America.

Here’s the latest trailer for Dogworld:

Dogworld (Switch – eShop) does not have a release date yet.

The latest Kickstarter update for The Girl From Arkanya is now live. This one is from Robby Silva, the composer, who came to talk about… you guessed it, the music. Click here to check out the post!

Dive into the aquatic fairy tale adventure! The mermaid sisters need your help! Their home, the beautiful Mermaid Castle, was destroyed and its treasure stolen. So hop in, gather coins, watch out for sharks and swim through the beautiful submarine underworld!

The Ruthless Shark Gang, led by its ominous boss, Shark the Hammer, raided the Mermaid Castle. The attack left the home of the mermaid sisters in ruins. And what’s worse, all their valuables were stolen! With your help, the sisters will restore their castle to its former glory and get rid of the sharks once and for all!

To do that, you will explore eight beautiful underwater locations rich in fascinating plants and wildlife. Rocky bottoms, golden sands, coral reef, ancient ruins and dark caves full of fossils – all this awaits you in your blue-water adventure!

Swim, dash and collect coins and treasure. But watch out! Cunning fish and crabs, spiky sea urchins, venomous jellyfish and other aquatic creatures will try to stop you! Dash to quickly avoid danger or collect and throw pearls at enemies. Some of them will leave coins, so grab them! Seek for friendly little fish and avoid rusty anchors or bombs. And if you see a shark… you’d better hide! 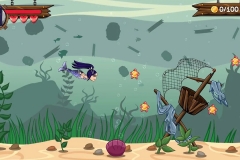 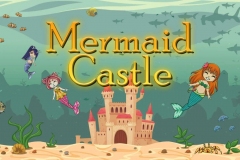 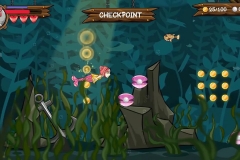 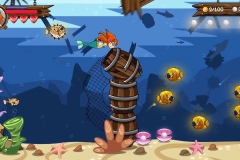 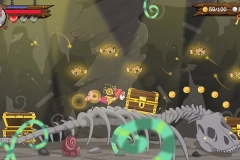 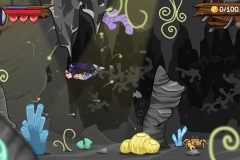 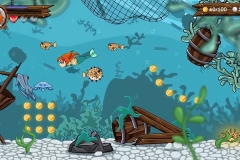