Today’s Nintendo eShop news: details and screenshots for SteamWorld Quest: The Hand of Gilgamech, but also…

SteamWorld Quest: The Hand of Gilgamech

Yesterday, SteamWorld Quest: The Hand of Gilgamech was revealed during the Indie Highlights presentation. It will be released later this year on Nintendo Switch (which will be the first platform to get it), though the exact date is still TBC. More details about the game, including the price, story and gameplay details, and more, will be shared in the upcoming months.

In the mean time, here’s some additional details, courtesy of Image & Form:

SteamWorld Quest is the roleplaying card game you’ve been waiting for! Lead a party of aspiring heroes through a beautifully hand-drawn world and intense battles using only your wits and a handful of cards. Take on whatever threat comes your way by crafting your own deck choosing from over 100 unique punch-cards! What awaits you is a luscious treasure chest filled with gold, dragons, vivid worlds, magic, knights in shining armor as well as XP, turn-based battles and all that good RPG stuff! The game’s humorous mix of traditional fantasy and steampunk robots makes for an unforgettable experience with lots of laughs. 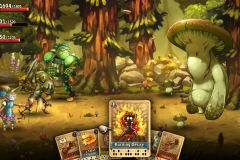 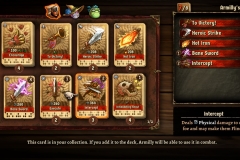 Today, New Star Manager (a sports management game) was announced for the Nintendo Switch. It will be released pretty soon… next week, in fact: on January 31st!

New Star Manager is soccer management like you’ve never experienced it – be more than just a player, be the head, the heart, and backbone of New Star FC. Be the Manager. New Star Manager sees players take control of New Star FC – a beleaguered soccer club in need of strong management skills and good instincts to unlock the team’s potential and make it to the top of the game.


TOTAL CLUB CONTROL
Take ownership of every aspect of New Star FC, from constructing vital club facilities and managing the players’ training regimes to choosing the perfect sponsor and hiring or firing the backroom staff!

IN GAME EDITOR
Create the club you’ve always dreamed of and pit them against the world’s best teams. Edit the team name, stadium name and customise the club badge and home and away kits.

FULL SQUAD GAMEPLAY
Use every member of your team to set up and score pivotal goals with on-pitch gameplay, using innovative controls. Change at any time between touch screen and Joy-Conä controls in handheld mode, or use the Nintendo Switch Pro Controller! Build your dream squad, choose your winning formation, make tactical substitutions, and even step into the locker room for some half-time motivation!

OFF-PITCH DRAMA
Handle volatile players and get their mind back in the game by monitoring their concerns, outbursts, and quirks. Keep the board off your back, navigate the hostile waters of the sporting press, and make sure the fans keep believing… while keeping a careful eye on the club’s finances!

GLOBAL FOOTBALL
Dive into realistic simulations of the world’s biggest leagues and cup competitions! And new to the Switch version, enjoy night matches under the floodlights.

THE NEW STAR SOCCER EVOLUTION
Experience the newest instalment of the New Star series, whose pick-up-and-play sports titles have already been enjoyed by over 30 million players!

New Star Manager (Switch – eShop) comes out on January 31st in Europe and North America. The Upcoming Games page has been updated!

At Sundown: Shots in the Dark

Here’s the launch trailer for At Sundown: Shots in the Dark, now available in Europe and North America:

Here’s a video clip for CrossCode, announced for the Nintendo Switch during the Indie Highlights presentation yesterday:

CrossCode (Switch – eShop) comes out later this year in Europe and North America.