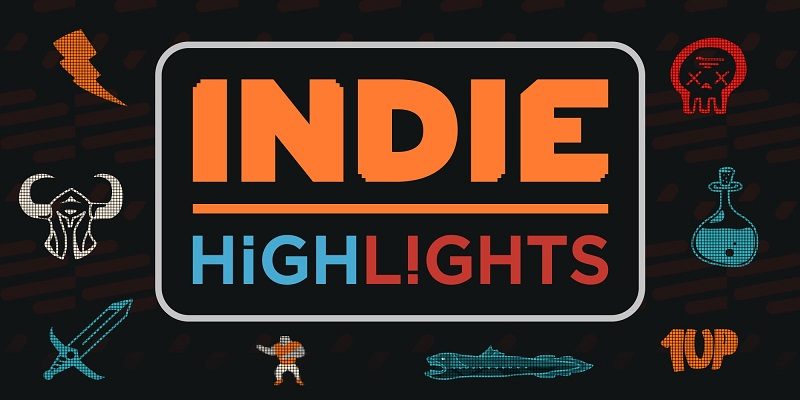 Today, during the second Indie Highlights presentation, Nintendo showcased various indie games coming soon to the Nintendo Switch… and more than “soon” for some of them, already available for download!

If you missed the presentation (which wasn’t livestreamed anyway), here it is:

Here’s the various games showcased during the presentation:

You can check out a few words from Chucklefish on their website!

Take to the battlefield in Wargroove, a turn-based strategy game from Chucklefish. Choose from a large cast of different commanders, each with their own special “groove” attack that can be used to sway the battle in your favour. The game features a full story campaign as well as online* and local multiplayer for up to four players. The war doesn’t end there though, as easy-to-use editors and customisation tools allow you to create and share your own maps and campaigns. Wargroove marches on to Nintendo Switch on 1st February, and is available to pre-order on Nintendo eShop now.

HEAVY METAL! ZOMBIES! BIG GUNS! Double Kick Heroes by Headbang Club and Plug In Digital mixes the shoot ‘em up and rhythm game genres for a high-octane experience unlike anything you’ve played before. Speed through a post-apocalyptic wasteland on the highway to hell, with the power of bone-crushing heavy metal rhythms as your only weapon against the zombie hordes. Featuring more than 30 original metal songs, plus tracks from guest bands such as GOJIRA, Double Kick Heroes will be coming first to Nintendo Switch in summer 2019.

When Ski Lifts Go Wrong is now available for download on the Nintendo eShop!

When Ski Lifts Go Wrong from Curve Digital is a deliriously fun physics-based construction puzzler, packed full of creative challenges, sports and disasters! Start in the rolling foothills and journey up to the jagged peaks. Puzzle over carefully designed scenarios to help every passenger reach their destination. With more than 100 challenging, pre-constructed levels and a sandbox builder mode for players to create their own, there are hours and hours of fun to be had on the slopes. When Ski Lifts Go Wrong is available now on Nintendo Switch.

Forager is coming soon to the Nintendo Switch!

Forager from Humble Bundle is a 2D open-world game in which you can build your future as you see fit. Combining exploration, combat, farming and crafting, Forager allows you to try out a variety of different playstyles as you start small then gradually expand your territory, your skillset and your network of friends – and enemies. Forager is coming soon to Nintendo Switch.

Goat Simulator: The GOATY is available now on Nintendo Switch!

Inmost comes out this year on Nintendo Switch!

Inmost is a ghoulishly atmospheric puzzle-platformer from Chucklefish in which you follow three different playable characters across one dark, interconnected story. In an old, abandoned castle, rendered in beautiful pixel-art style, you’ll need brains and bravery in equal measure to escape from the shadowy evil lurking in the depths. Inmost comes first to Nintendo Switch in 2019.

Magic, mythology and madcap kung fu action combine in Unruly Heroes from Magic Design Studios, available now on Nintendo Switch. This action-packed adventure game is inspired by the Chinese story “A Journey to the West”, better known as the Monkey King Legend. Terrible creatures are sowing chaos throughout the land and it’s up to the Monkey King and his three colourful companions to turn back the tide of evil. Tackle the adventure solo, or with friends in up to 4-player local co-op. You can even test your kung fu skills against other players in local or online* P-v-P mode.

CrossCode is coming later this year on Nintendo Switch, and will feature some exclusive content.

As part of the just finished Nintendo Direct presentation, CrossCode has been officially confirmed for a Nintendo Switch Release in 2019. CrossCode combines 16-bit SNES-style graphics with butter-smooth physics, a fast-paced combat system, and engaging puzzle mechanics, served with a gripping sci-fi story.

CrossCode is all about how it plays! Take the best out of two popular genres, find a good balance between them and make a great game. That’s what CrossCode does. You get the puzzles of Zelda-esque dungeons and are rewarded with the great variety of equipment you know and love from RPGs. During the fast-paced battles you will use the tools you find on your journey to reveal and exploit the enemies’ weaknesses and at the same time will be able to choose equipment and skills for a more in-depth approach in fighting your enemies.

– Dive into a massive adventure with a playtime of around 40-80 hours
– Explore a large world with 7 unique areas and hidden secrets all over the place
– Fight over 120 enemy types including 30+ boss fights
– Enter 8 expansive dungeons all with with unique themes and puzzle mechanics
– Master up to 100 combat arts and even more passive skills
– Solve over 100 quests with a great variety of tasks and unique challenges
– 60+ music tracks made by a rice ball (well, not exactly)

Remember the mysterious SteamWorld Quest we heard about from a European grant document, a long time ago? Image & Form later “confirmed” that it was actually SteamWorld Dig 2, but it turns out there is a SteamWorld Quest and it’s releasing later this year on Nintendo Swith!

Use the hand you’ve been dealt to triumph over evil, in SteamWorld Quest: Hand of Gilgamech from Image & Form Games and Thunderful Publishing. In this innovative roleplaying card game, you’ll lead a party of heroes through a beautifully hand-drawn world, building your own deck of cards along the way and using them to defeat an array of enemies in intense turn-based battles. The game mixes traditional fantasy elements with steampunk robots for an unforgettable experience filled with fun and humour. SteamWorld Quest: Hand of Gilgamech is coming first to Nintendo Switch in 2019.