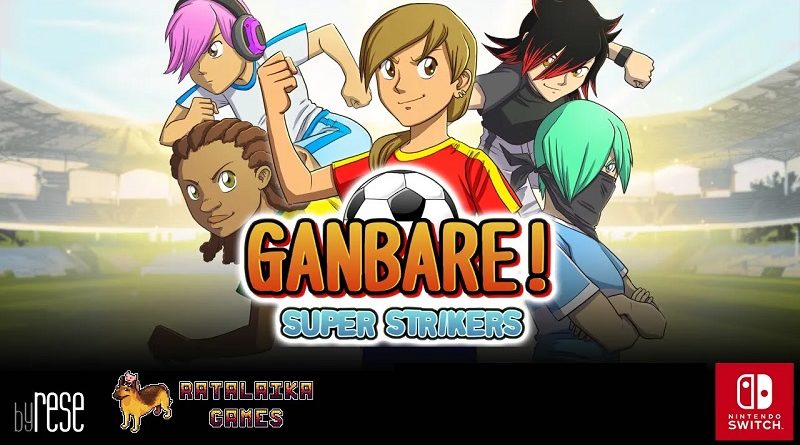 Ganbare! Super Strikers is an innovative mix between Tactical RPG and Soccer. Win matches to level up and earn new equipment that will allow you to learn special abilities, boost your players’ stats or protect yourself against altered status effects. Create your own Soccer team to take on the many rival teams in story mode! Can you join the National Japanese Soccer team to become the best soccer player in the world!?

Forward to the Sky

Cosen have announced their latest game for the Nintendo Switch: Forward to the Sky, an action game developed by Animu Game / HorngYuean Digital. It will be released later this year in Japan.

Here’s a short trailer for it:

Forward to the Sky (Switch – eShop) comes out later this year in Japan.

We were thrilled to work with Peter Snejbjerg, a highly experienced illustrator that comic fans may know due to his time with DC Comics and Dark Horse. This episode looks at how he works, what hardware he uses, what his experience was working with Broken Lines, and how it differed to working on comics.

QUByte Interactive have announced their latest game for the Nintendo Switch: Ubermosh: Omega, developed by Walter Machado. It will be released on February 21st in Europe and North America, and it’s now available for pre-purchase on the Nintendo eShop with a 30% off discount.

Ubermosh: Omega (Switch – eShop) comes out on February 21st in Europe and North America. The Upcoming Games page has been updated!

The latest Development Updates for Hex Gambit are now live:

Here’s the promo video for the Blockbuster Sale 2020, which is currently live on the Nintendo eShop in Europe until March 1st: