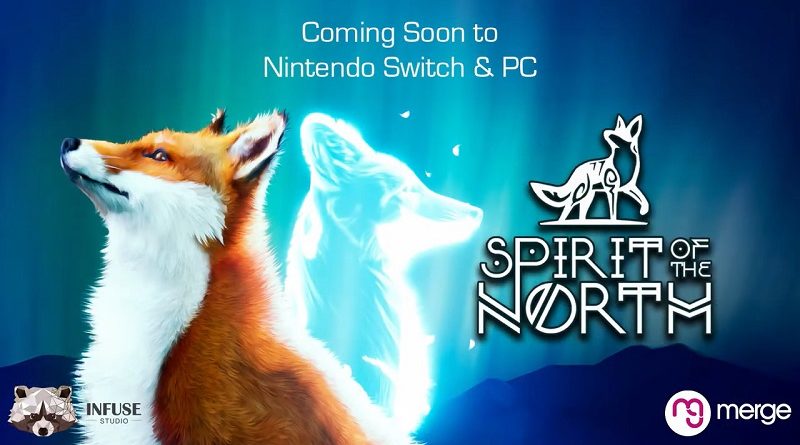 Today’s Daily news: Spirit of the North announced for the Nintendo Switch, but also…

Merge Games have announced their latest game for the Nintendo Switch: Spirit of the North, a single-player 3rd-person adventure game developed by Infuse Studio. It will be released this Spring in Europe and North America.

Awaken… begin a quiet journey of discovery and companionship after rousing the slumbering Spirit of the North. Spirit of the North is a single-player 3rd-person adventure game inspired by the breath-taking and mysterious landscapes of Iceland. The story takes root from various pieces of Nordic folklore. Find out more about Spirit of the North here: Spirit of the North on Steam: Breathe in your surroundings to solve various puzzles and speculate the meaning of a lost ancient civilization. With the help of your new companion, shed light on the ruins of the past and overcome obstacles. Play as an ordinary red fox whose story becomes entwined with the guardian of the Northern Lights, a female spirit fox. As you journey over the mountains and under red-stained skies, you’ll discover more about your companion and land left in ruin. Traverse tundra, glaciers, and mountain sides as you follow a foreboding scarlet trail that paints the sky.

Spirit of the North (Switch – eShop) comes out this Spring in Europe and North America. The Upcoming Games page has been updated!

The National Videogame Museum (located in Sheffield, UK) have announced that they are going to hold a special event featuring Masayuki Uemura (who worked as Hardware Designer at Nintendo, and spearheaded the development of the NES and the SNES).

Here’s some details about the event, which will take place on February 26th:

The 26th February will see legendary Japanese game designer, Masayuki Uemura, visit the museum for an exclusive one-night only event where he will be discussing his illustrious videogame career. Uemura-sensei worked as the head of Nintendo’s famous Research and Development 2 team, which designed the Nintendo Entertainment System (NES) and Super Nintendo Entertainment System (SNES). Since then, Uemura’s creations have sold over 110 million units worldwide, and provided the basis for game franchises such as Super Mario, Metroid and The Legend of Zelda. Uemura-sensei will be holding an exclusive intimate event at the museum, where attendees will be able to meet him and ask him questions about his highly respected history. Mr Uemura very rarely gives talks in public outside of Japan, so being able to have him speak in Sheffield makes this a very special event.

You can get tickets for the event on this website (price: £30).